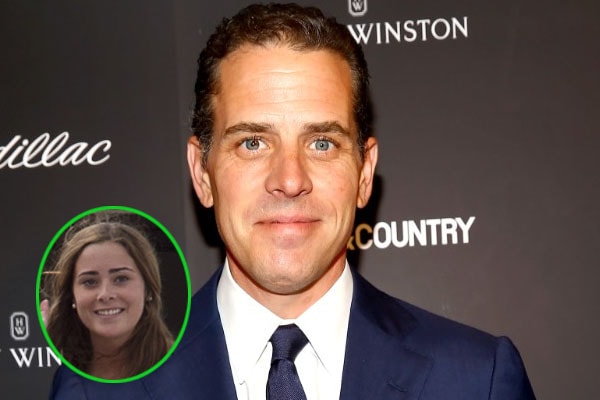 Naomi Biden is the eldest daughter, as well as the eldest grandchild in the Biden family. She has two younger sisters Finnegan Biden and Maisy Biden.

Hunter Biden’s daughter Naomi Biden is an undergraduate from The University of Pennsylvania. She graduated in 2016. Like her youngest sister Maisy Biden who is friends with the former U.S. President Barack Obama‘s daughter Sasha Obama, Naomi is also friends with U.S President Donald Trump‘s daughter Tiffany Trump. They attended the same University and graduated at the same time.

Tiffany Trump’s Instagram story of her hanging out with Naomi back in June 2018 received much public attention. The two enjoyed watching Jaden Smith’s World Ocean’s Day performance at The Surf Lodge in Montauk, New York.

All three daughters of Hunter Biden are close with their grandfather Joe Biden. Naomi has such a sweet grandfather who takes her and her siblings on vacation time and again. She can be seen with her grandfather Joe most of the time. We can say for sure that she has good bonding with the former Vice President Joe Biden. Also, he is one of the precious people in her life.

Naomi is quite secretive when it comes to her personal life. She is active in social media like Instagram, but she has kept it private. Well, her pictures are only for her closed group. It seems like she strongly believes in personal space. But we really love to see more of this gorgeous girl’s pictures.

Naomi Is A Proud Granddaughter AKA President-Elect Grandfather

Aforementioned, Joe and his granddaughter, Naomi share a pretty close bond with one another. But Joe is a person to share a strong bond with many people and now has a responsibility for the entire nation as a president-elect.

Joe defeated Donald Trump in several important states and won with the most votes ever cast for a presidential ticket in the history of the nation, i.e. 74 million. Well, desperate people wanting their nation to run by a capable man, eh?

Naomi Biden’s grandfather is all set to take over the White House by January 2021 with bulletproof plans to fight against an unbalanced economy, crashing climate, and raging pandemic. Alongside the nation’s first South Asian American vice-president-elect, Kamala Harris, Joe is confident of achieving his goals for the democratic United States.

Naomi is a name for a girl which has a Hebrew origin. Its meaning is pleasant. Naomi is also the name of Joe Biden’s late daughter, who died in a car accident in 1972.