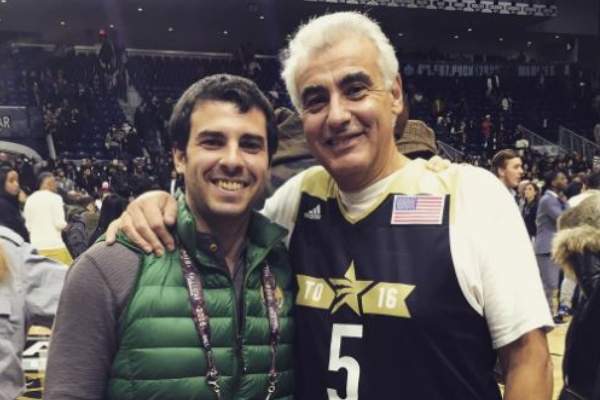 For the Morocco-born American billionaire businessman Marc Lasry, it has not been an easy journey. Being born to a school teacher and computer programmer, who would have thought, Lasry would one day become one of the billionaires in America? Well, Marc has worked really hard to reach the position he is in now.

It is not always wealth or materialistic things that make a person rich. A loving family who understands and supports you wholeheartedly also makes you wealthy. Just like that, the businessman is rich in the sense that he has a beautiful family consisting of five children, whom he shares with his lovely wife, Cathy Lasry. In this article, we will learn in detail about Marc Lasry’s son, Alexander Lasry.

Has Lasry Jr. followed in his dad’s footsteps? Or is he involved in a different profession? All the questions about him are answered in the following paragraphs.

Born Into A Business Family

Alexander was born in July 1987. However, some of the sites claim that he was welcomed by his father, Marc, and his mother, Cathy, in July 1988. He is the second child of his parents and has an elder sister, a younger brother, and two younger sisters.

Alexander Lasry’s oldest sister, Samantha Lasry, was born in August 1985. Likewise, his brother Zach Lasry was born in 1990. Furthermore, his youngest siblings, Emma Kate Lasry and Sophie Lasry, are twins whom their parents welcomed in September 1992.

Moreover, Alexander, also known as Alex Lasry, is born into a business family. All in all, Alexander must have loved growing up in a large family. Hopefully, the tight relationship between the Lasry siblings will always exist.

Engaged In The Family Business

Like his other siblings, Marc Lasry’s son went to the University of Pennsylvania. He graduated in 2009 with a Bachelor of Arts in Political science and Government. Then, in 2012, Alex went to New York University Leonard N. Stern School of Business. Furthermore, in 2014, he received a Master of Business Administration in Corporate Finance and Management.

Just like most of the kids of business families, Alexander also has followed in his dad’s footsteps into business. Many might already know that his dad owns Milwaukee Bucks. He is also involved with the same team.

In August 2014, Alexander joined Milwaukee Bucks Inc. as the Vice President of Strategy & Operations. Then, in August 2016, he was promoted to Senior Vice President, the position he holds till date. Since joining the team, he has guided the team’s development into one of the top NBA teams.

Almost game time! Bucks fans, been a long time comin… reply below so we can see what you’re reppin! Need to hear you loud!! #NBAFinals #FearTheDeer pic.twitter.com/3FNLDx8wrJ

Moreover, Alex also has proved that progressive principles can guide a successful company. He saw the team’s corporate citizenship measures to demonstrate that some issues are actually bigger than basketball, including marching with local leaders to protest the police shooting of Jacob Blake, among others.

Well, the junior Lasry must be earning really well from the ventures. Apart from this, he is also a board member of Frontdesk since August 2018.

Marc Lasry’s Son Was A Candidate For United States Senate

The family business has not been the only thing Alexander is involved in. After completing his undergraduate studies, he served in several roles for the Administration of former US President Barack Obama. His roles included serving as Special Assistant to the Chief of Staff to Senior Advisor Valerie Jarrett and afterward as Deputy Counselor for Strategic Engagement.

In addition, Marc Lasry’s baby boy is also an active member of the community and serves on boards of several organizations, including Big Brothers Big Sisters of Metro Milwaukee, Milwaukee Film Festival, the Marcus Performing Arts Center, and the Sojourner Family Peace Foundation.

Moreover, in February 2021, Alexander ran for the United States Senate as a Democrat from Wisconsin. He spent over $12 million on his primary campaign. However, in July 2022, he ended his Senate bid. That left Lt. Gov. Mandela Barnes as the favorite for the nomination against Senator Ron Johnson.

Despite spending such huge money on his campaign, the UPenn alumnus never surpassed Mr. Barnes in polling. In an interview, Mr. Lasry revealed that it became clear to him in the last few weeks that Winsconsin voters have decided that they wanted Barnes to be their Democratic nominee.

Is Happily Married With A Child

Marc Lasry’s son, Alexander, is a married man and shares a blissful marital life with Lauren Lasry. Not much has been revealed about their relationship timeline. But, the Milwaukee Bucks senior vice president shared the first picture with his lady love in July 2014. The duo got engaged in May 2019.

The lovely pair had decided to tie the knot on August 1, 2020, but rescheduled it. Before that, they had scheduled their wedding for March 2020 but postponed it. Finally, in October 2020, the lovebirds exchanged their vows. Alex shared the news via Instagram.

The days that followed were filled with happiness and bliss. Adding more happiness to their life, the married duo found out they were expecting a baby. In January 2021, Lasry Jr. shared a picture with his spouse and revealed that they were going to be parents of a girl in July 2021. They did the Hoan Bridge sex reveal.

All in all, Alexander seems to be doing well. He is fond of his daughter and often shares family pictures. Let’s hope he becomes successful as his dad, Marc. We wish him good luck in his future endeavors.