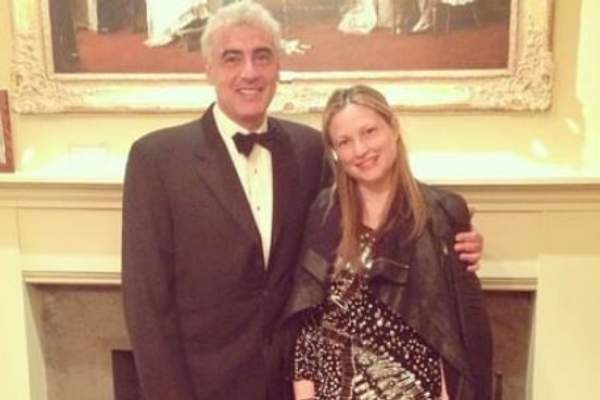 Marc Lasry is a Morocco-born American billionaire businessman and hedge fund manager. He is the Chief Executive Officer and co-founder of Avenue Capital Group and also co-owns the NBA’s Milwaukee Bucks basketball team. He is considered one of the most successful personalities in the business world.

Behind the success of every man, there’s a hand of a woman. Marc would surely have difficulty being a business mogul if his spouse, Cathy Lasry, was not there for him at each stage. So, many must be wondering how did it start for the couple. Hence, please keep reading to learn about their relationship timeline and what Marc Lasry’s wife is doing these days.

As mentioned earlier, Marc is happily married to Cathy. It was in his junior year at Clark University in 1979. On the first day of school, he laid eyes on Cathy Cohen, who was a freshman at that time. Coincidentally, she was a friend of Marc Lasry’s sister Sonia Gardner. Furthermore, he felt an instant connection, and the duo eventually dated.

However, the pair broke up. But, Lasry’s sister Sonia’s friendship with Cohen came in handy to reconcile. She would tip off her brother about her friend’s whereabouts. As a result, he would often bump into Cathy and her then-new boyfriend, who later gave up. So, she went crying to Sonia, and the latter asked her brother to come over quickly.

Due to this, the duo eventually reconciled. He graduated in 1981, while his partner graduated in 1983. After that, he went to New York Law School, and while he was still in law school, the love birds tied the knot.

Ever since the married pair have been enjoying their marital bliss, their marriage has grown stronger. Furthermore, they went on to form a happy family of seven.

Marc Lasry’s Wife Is A Proud Mother Of Five

It has already been over thirty years since the couple decided to embark on their journey together. The years that followed brought them happiness, bliss, and sometimes grief too, but they never left each other’s side. Furthermore, the duo welcomed five children together.

Marc Lasry’s children with Cathy are Alex Lasry, Sophie Lasry, Zach Lasry, Emma Lasry, and Samantha Lasry. She and her husband raised them with immense love and care. Furthermore, they all have grown and are busy with their careers. Since the early 1990s, the family of seven used to go to Sea Island, Georgia, for a week every August.

It is a luxurious resort situated about 80 miles south of Savannah, and it offers miles of private beach along with boating, horseback riding, fishing, tennis, and golf. Marc Lasry’s wife has helped him raise the kids while balancing his work.

Also Read: Know If Hana Giraldo And Kyle Massey Are Still Together

Cathy and Marc are not only together in their marriage, the couple never holds back from giving something to their community. For example, the husband and wife often host fundraisers for the Democratic National Committee in their house on the Upper East Side of Manhattan. Several people attend the event, including Al Gore, John Kerry, Bill Clinton, and others.

Furthermore, the couple donates $25K yearly to the DNC. They also have helped keep their alma mater moving to the next level. Their family name is very popular in the Clark community. In 2005, the couple gifted a 50,000-square-foot building on Maywood Street. It is The Cathy and Marc Lasry Center for Bioscience, the campus cornerstone for the study of biochemistry, biology, environmental science, and molecular biology.

On the other hand, Marc Lasry’s wife is an English major, and he is a history major and was not engaged in the sciences when they were students at Clark. But, they do not hesitate to provide funds for the construction of the university’s most distinctive structures. In addition, she also sits on the Board of Trustees of Clark University, Say Yes to Education Inc., and the Trevor Day School, and is a founding board member of the Eleanor Roosevelt Legacy Committee.

Nonetheless, Cathy seems to be doing well. Her philanthropic works have benefitted several people. We wish her sound health and blissful days ahead.