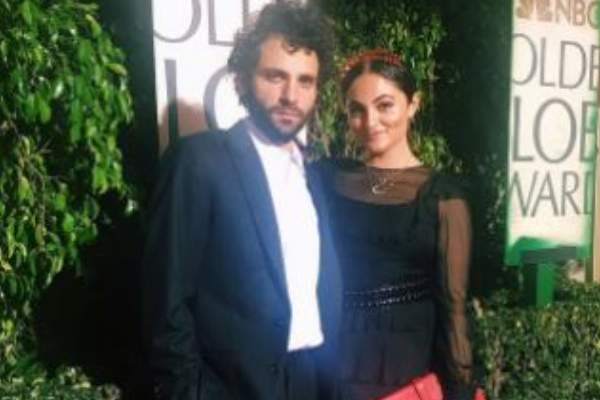 Zach Lasry is one of the five children of Marc Lasry and Cathy Lasry. Image Source: Emma Lasry.

The popular billionaire businessman Marc Lasry is happily married to Cathy Lasry. The co-founder of Avenue Capital Group not only enjoys a successful professional life but also relishes a long-lasting marital life. Furthermore, the couple has welcomed five children together, two sons and three daughters.

Among his children, Marc Lasry’s son, Zach Lasry, has remained away from the media. However, there are several interesting facts about Lasry Jr., which we will be discussing further in the following paragraphs. Keep reading!

One Of The Five Children Of His Parents

Zach was born in 1990 to Marc and Cathy as one of their five children. He grew up with his siblings Sophie Lasry, Emma Kate Lasry, Samantha Lasry, and Alex Lasry. Samantha is the eldest among them and Zach Lasry’s other sisters, Sophie and Emma are twins, and they were welcomed in September 1992. Likewise, his brother, Alex, was born in 1988.

Growing up in a big clan, Marc Lasry’s son must have had a wonderful time. Likewise, the Lasry siblings seem to have a great bond, and they all still have good times together. We hope their bond remains the same forever.

On the other hand, Zach Lasry’s parents have been together since they were students at Clark University. His mother and father were freshman and junior, respectively, when they met for the first time. The couple got married when Marc was a New York Law School student and have withstood every challenge they faced in their marital journey.

Is Involved In The Entertainment Industry

Many might be wondering if Marc Lasry’s son has followed in his footsteps and is involved in the family business. Well, it is exactly the opposite in the case of Zach.

Lasry Jr. is involved in the entertainment industry. In 2010, he made his acting debut as Scott’s Assistant in the television series Entourage. Then, he went on to act in Dirty Girl, Pawns, Project X, Movie 43, American Odyssey, and Hotel. Likewise, in 2014, he debuted as a producer and director.

Zach’s first work as a producer was in the short movie American Odyssey. Similarly, some of the projects that he produced are Body, Seth, Fruit Detective, Lightningface, Bianca, The Guy, and Big Gold Brick. Furthermore, This Is Me Trying, Seth, Fruit Detective, Bianca, and Crossbow are some of the projects he directed. What’s more, he formed a production company with his spouse and worked with her on the film Seth.

Moreover, Lasry also started Lofty Entertainment with Raymond Chu, Ben Michaels, Sarah Jun, and Adrienne Cahill. He went to New York University Tish School of Arts along with them. While Marc’s baby boy is still working as a director and producer, he has already left acting. He did so to start a new career as a real estate developer.

Zach has invested in 18 properties along with his father. He had once worked as a PA in the camera department for The Wolf of Wall Street. The budding real estate developer once revealed that he wanted to bring his filmmaking lens to real estate.

Marc Lasry’s Son Is Happily Married With A Child

Zach shares a blissful marital life with Arianna Lyons. In January 2018, the couple got engaged, and his sister, Emma, shared the news on her Instagram. The pair went to NYU together and might have met there. The duo tied the knot in August 2018 in a lavish circus-themed wedding. The ceremony was held at the former estate of Harvey Weinstein.

The wedding ceremony featured acrobats, taxidermied animals, and one scary clown that hung lanterns off his eyelids. The guests list included Bill Clinton, Hillary Clinton, and other high-profile guests. The adorable duo exchanged the vows under a traditional crystal chuppah. Furthermore, the guests were asked to dress entirely white, and a menagerie of taxidermied animals greeted them when they entered the reception tent.

In addition, Zach Lasry’s bride wore four attires throughout the evening. It was a lovely ceremony, and photos could be searched on Instagram under the hashtag “#lasrylyons.” In addition, as per CT Insider, the husband and wife live in Los Angeles and work together at the three-person team Fever Dream Production. It is a new production company focusing on making darkly, unique funny movies.

Additionally, the couple is the proud parents of a child. Zach Lasry’s wife gave birth to their son, Wilder Lasry, in June 2020.

All in all, Marc Lasry’s baby boy seems to be doing well. However, he has remained away from the limelight and is not active on social media. Nonetheless, we wish him sound health and blissful days ahead. We hope to hear more from Zach Lasry in the upcoming days.

Commonly used as a boy’s name, Zach has a Hebrew origin, and it is a diminutive of Zachariah or Zacharias. It means “God remembers.”