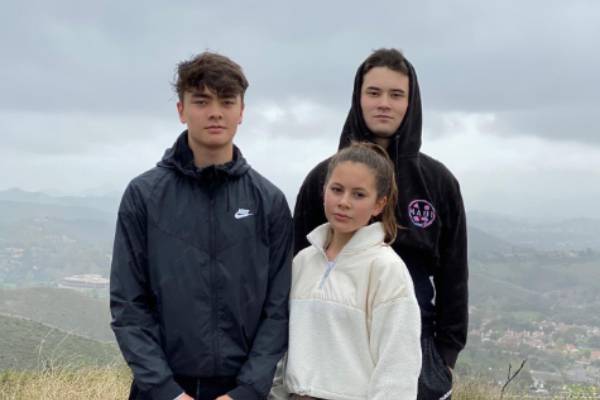 Mark Alan Dacascos is an American actor, martial artist, and television personality born on February 26, 1964. Between the ages of 7 and 18, he won numerous karate and kung fu tournaments.

Many people know Mark due to his famous acting skills, but many are unaware of his babies. Yes! he has three children, two sons, and one daughter, with his wife, Julie Condra. So follow along and learn more about Mark Dacascos’ children, Noelani Dacascos, Makoa Dacascos, and Kapono Dacascos.

The Actor’s Daughter Is An Actress

When it comes to celeb children, they are already talented as they got those genes from their parents. So it is not surprising that Mark Dacascos’ daughter was inspired by him to become an actress. Noelani Dacascos, the youngest child of Mark, was born on August 5, 2006.

Noelani has Irish, Japanese, Chinese, Spanish & Filipino descent and was born in Honolulu, Hawaii, USA. This youngster has already started her acting career in the Hollywood film industry. She has shown off her talented acting skills in movies such as The Driver, Oh Lucy! and So Jannelle.

Furthermore, Noe starred alongside her parents in The Driver. Noelani Dacascos’ dad revealed that the movie was more intimate and personal, which captivated him. After reading the script, he thought it to be a perfect fit for Noelani and Julia. Among Mark Dacascos’ children, his daughter has already stepped into the acting industry. Now, let’s find out what his sons are up to these days.

Kapono is the middle child of his parents and was born in August 2002. He went to Westlake High School in California and was a high school senior in 2021. He has already graduated, and as per his Instagram bio, he is in the class of 2025 at the University of California, Santa Barbara.

The club, a modern take on culinary clubs, was launched in January 2023 by Julie, Kapono, and Jackson. It features world-renowned chefs like Michael Symon, Esther Choi, Kristen Kish, Jose Garces, Jet Tila, and Curtis Duffy, among others. Their first mint took place on January 11, 2023.

Furthermore, Mark Dacascos’ son Kapono is very close with his family. Kapono is an extracurricular activities type of guy who plays soccer and indulges in other sports. Nonetheless, we wish him luck in the coming ventures.

Makoa Dacascos was born Makoalani Charles Dacascos on December 31, 2000, in Oahu, Hawaii, USA. Like his younger sister, he was inspired to become an actor. Hence he followed in his parent’s footsteps.

Makoa made his acting debut in 2005 in Final Approach. His other acting project, Hamlet 2020, is in production. Besides acting, Mark Dacascos’ son is also very interested in cooking. As a result, he moved to O’ahu to learn more about culinary art from the chef Alan Wong, who his dad fondly refers to as the Bruce Lee of cooking.

Overall, Mark Dacascos’ children seem to be doing very well in life and undoubtedly have bright and successful careers in whatever field they choose to do further. We wish them a prosperous future ahead.

Markoalani is a self-made name with no other meaning behind it. However, the name Marko in Markoalani signifies dedicated to Mars, with Latin origin.