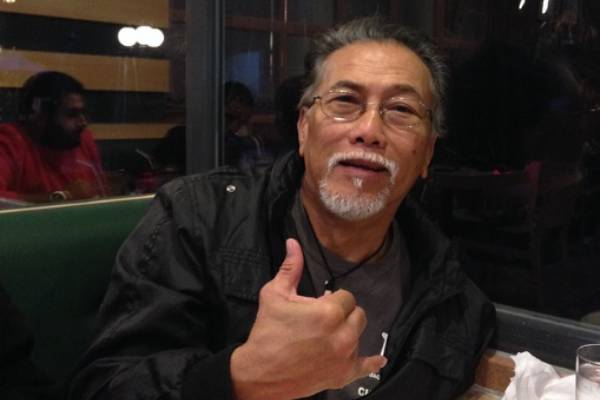 Mark Alan Dacascos, an American actor, martial artist, and television personality, was born on February 26, 1964. His most notable performances are Wo Fat in Hawaii Five-0, Louis Stevens in Only the Strong, Mani in Brotherhood of the Wolf, and many more.

Mark became a fantastic martial artist thanks to his dad, who is also an extraordinary martial artist. Learn more about Mark Dacascos‘ father, Al Dacascos, in the following subtitles below.

The Black Belt Hall Of Famer

Mark was born to his martial artist father, Al Dacascos, and his mother, Malia Dacascos Bernal. Mark Dacascos’ dad, Albert Joseph Dacascos, is a Grand Master of martial arts and is the president and founder of the Wun Hop Kuen Do Kung Fu organization. Likewise, he is also the president of the International Kajukenbo Association. Additionally, he co-founded The Ultimate Warrior Hall of Fame along with “The Black Dragon” Ron Van Clief. Grand Master Al is a black belt hall of fame inductee.

Furthermore, Mark Dacascos’ father has choreographed movies like Kung-fu The Art TV show, The Merv Griffin Show, ABC Wide World of Sport TV, Jaguar Lives as a Stunt Adviser, Teenage Mutant Ninja Turtles 3, Showdown in Manila as a stunt coordinator. Additionally, Al, who is from Hawaii, originated from the Philippines and has Chinese, Filipino, and Spanish ancestry.

After moving to California in 1965, Mark Dacascos’ dad opened a school, which he was running by error and trial. This happened because, until 1967, there were no institutional procedures anywhere in the US to assist him in learning the skills required to manage a martial arts business. Over time, he began to reshape his martial art through the exchange of techniques between instructors of a group of Chinese martial artists in San Fransisco.

Al also realized he needed to improve his communication skills. Furthermore, he was acknowledged as one of the “Masters to Wesley Snipes” in the first tribute to the 20th-century martial arts masters in August 1998 on national television by Turner Network Television. Additionally, Dacascos, an eighth-degree Black Belt, has won more than 200 Championships and has graced the pages of numerous martial arts publications over the years.

Mark Dacascos’ father exhibits a form of KAJUKENBO that combines the martial arts of China and the Philippines with the traditional KAJUKENBO system. He was the first Kung fu expert to participate in an American martial arts competition. He participated in events as a performer and competitor, learning martial arts from others.

The grandmaster of kung fu has a very successful career, and along with his career, he has a great love life. This grandmaster went through failed marriages thrice before finding his current love. His first wife is Malia Bernal, whom he married in 1970. The former couple shares one child, the famous actor Mark Dacascos. Unfortunately, their marriage didn’t last long, as the former duo divorced in 1984.

After that, Mark Dacascos’ father married Moriki McVey. Again, their marriage lasted only a short time as the couple divorced. Then, Dasascos’ dad was married to Melveen Leed, but he is now married to Toni Amaranto for 12 years as of 2022.

However, information regarding Toni and Al’s marriage is unknown to the public eye. Moreover, Al Dacascos also has two more children other than Mark. Their names are Benjamin Dacascos and Jade Dacascos.

Taking about Mark Dacascos’ mother, Malia Bernal. She is of Irish and Japanese ancestry. Additionally, Mark further revealed that many members of his mother’s family were killed in the bombing of Hiroshima. From a few pictures of Malia that Mark posted on Instagram and Facebook, we know his mom is also a martial artist.

Overall, Mark Dacascos’ dad must live a comfortable lifestyle with peace and sanctuary. We wish them the best and hope he reveals more about his personal life.