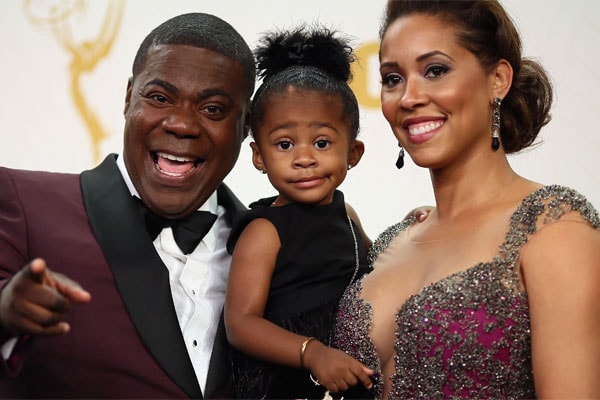 Tracy Morgan‘s daughter, Maven Sonae Morgan was born on July 2, 2013, to his wife, Megan Wollover. The adorable Maven’s birth in the family brought happiness and joys along with her. She is the first child of Megan Wollover whereas the fourth child of Tracy Morgan.

Maven has three half-brothers and they are Gitrid Morgan, Malcolm Morgan, and Tracy Morgan Jr. The three sons of Tracy Morgan are from his previous marriage with his ex-wife, Sabina Morgan. The angel-like Maven takes all the attention from her parents which is why they love her so much.

Tracy Morgan’s Daughter, Maven Sonae Morgan Has Stolen The Heart Of The Family

The adorable Maven Sonae Morgan is like an angel in the family. She has enriched the Morgan family with lots of happiness. Similarly, both Tracy and Megan love their daughter very much. We can definitely say that she has stolen the heart of her parents.

Not only has she succeeded in stealing her parent’s heart but also the hearts of a lot of people using her cuteness. Tracy Morgan’s daughter, Maven also loves to be with her parents. Maven’s mum, Megan never fails to update about her daughter. She posts lots of photos of her cute daughter on her Instagram account.

Maven is extremely lucky because her parents take her to various parties, games, and places too. Tracy took his daughter to Disneyland to spend quality time with the family. She surely is living a luxurious childhood as her dad’s net worth is estimated at $50 million. Looks like Maven’s wishes are getting fulfilled within no time. Tracy Morgan’s daughter, Maven is having a wonderful life for sure.

We know that Tracy Morgan is a well-known actor, as well as comedian and Megan Wollover, is also an actress and a former model. So, it seems as though Maven’s future is stuck in the entertainment industry. Possibly, she is going to be like her dad or her mum.

We assume that Maven’s life is going to be happy and prosperous due to her caring parents. Similarly, it would be very easy if Maven wants to step into the film industry or in modeling. Let’s hope she goes on to become a popular celebrity in the upcoming days.

The name Maven is a Hebrew word and the meaning of it is ‘one who understands’. Likewise, the word Sonae came from the Greek origin meaning ‘love’.