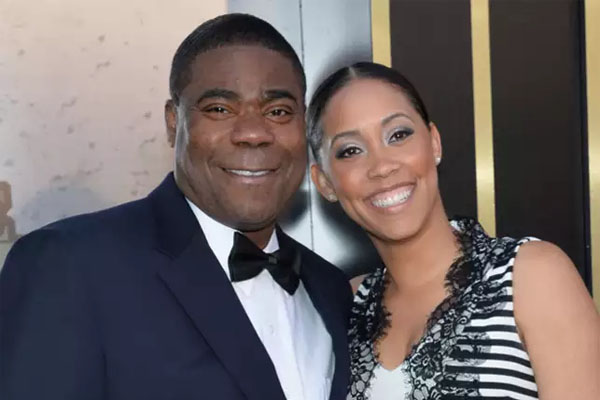 Megan Wollover is Tracy Morgan‘s wife and the mother of their adorable daughter, Maven Sonae Morgan. She is an actress as well as a producer. The gorgeous Megan appeared in some of the movies such as Unholy Roller, and The Last O.G.

The gorgeous Megan Wollover married her long-term boyfriend, Tracy Morgan in 2015. Megan’s husband, Tracy is also an American actor. Along with that, he is also a voice actor, and comedian. He has starred in seven seasons of Saturday Night Live as a cast member. He also has got three children Gitrid Morgan, Malcolm Morgan, and Tracy Morgan Jr.from his previous marriage,

As for Tracy Morgan’s daughter, Maven Sonae Morgan, she was born on July 2, 2013. Looks like the birth of their lovely daughter rose a better bond of love between the actor, Tracy Morgan, and his wife, Megan Wollover.

Megan Wollover Gave Birth To Her Child Before Her Marriage

After Tracy Morgan’s divorce with his ex-wife, Sabina Morgan in 2009, he went on to meet Megan Wollover through one of his friends. Both Tracy and Megan dated each other for over two years. Finally, in September 2011, the love-birds came to a conclusion and got engaged in San Francisco.

As said before, their first daughter, Maven, was born on July 2, 2013, after two years of their engagement. But Megan and her fiancé were not married back then in 2013. The birth of a very innocent baby in their family must have made the bond of love even more strong.

Furthermore, Tracy and Megan married on August 23, 2015. The cute family likes to be around each other, roam around exciting places together. Also, Megan Wollover loves to post photographs of herself with her family on her Instagram account going around places and enjoying all the time.

The gorgeous Megan Wollover used to have a beautiful modeling career before marrying to Tracy Morgan. But after she gave birth to her daughter, she quit her modeling profession. It seems like she did all that to take care of her family.

Perhaps Megan wanted to give every second of her time to her daughter. We can definitely say that Megan Wollover is an ideal parent because she gave up on her job to enjoy every moment with her beautiful daughter.

Megan Wollover Loves To Hangout With Her Family

Tracy Morgan’s wife, Megan Wollover is a fun-loving person in nature. She likes to take her daughter to very cool places so that she gets to know the world better and faster. Maybe the beautiful Megan is trying to educate her daughter through nature and surroundings.

Similarly, she goes outing and trips with her husband to break free from her busy life. The couple also attends various parties and games as well. It’s good to see that Tracy and Megan are bringing the best out of their loving bond. We hope to see the couple happy as always for a lifetime.