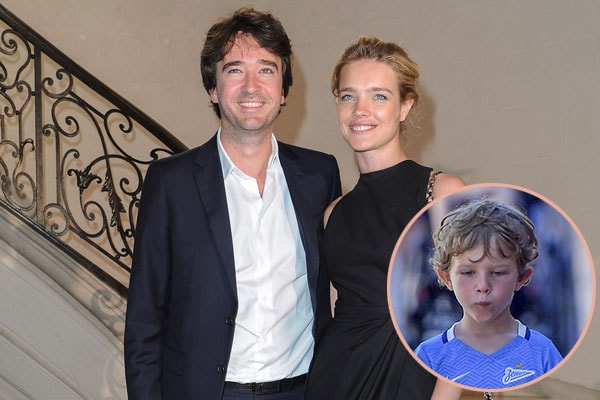 The Russian supermodel and philanthropist Natalia Vodianova‘s son Maxim Arnault was born on the 2nd of May 2014. During the time of the birth, the little Maxim was weighed in at 9 pounds and 2 ounces and was measured 21.6 inches long. Maxim is the eldest child that Natalia had with her partner Antoine Arnault.

Maxim Arnault has got a younger brother named Roman Arnault. Along with that, Maxim also has got three elder half-siblings, Lucas Alexander Portman, Neva Portman and Viktor Portman. Lucas, Neva and Viktor are the children of Natalia Vodianova with her ex-husband Justin Portman.

The 36-year old model Natalia Vodianova is one of that celebrity parent who tends to keep her little one away from the media limelight. Maxim Arnault’s father Antoine doesn’t upload a lot of personal photos, until and unless if it’s related to his work. But his mother’s social media handle is filled with pictures of his elder siblings, leaving him. This clearly shows us a clear picture of how much concerned Natalia is regarding her son’s identity. Well whenever Natalia uploads a photo of her son Maxim, she makes sure to hide his face with a sticker.

Even when Natalia gave birth to her son Maxim, she just captured an image of his tiny foot and hand and exclaimed how happy she was to welcome him on her Instagram. Maybe Natalia doesn’t want a lot of attention from the media for her son Maxim. And wants him to live a normal life away from the spotlight.

Despite not uploading any photo of son Maxim Arnault, once in a blue moon, Natalia makes rare appearances with him in public, And whenever she does, the paparazzi make sure to capture the moment.

By looking at the above photo, we can see that rather than his mother, Maxim Arnault looks like a mini-me version of Antoine Renault, his father

The name Maxim has a Roman Origin. It is widely used in Slavic-speaking countries including Russia. The name Maxim is derived from a Latin family name Maximus which means “the greatest.”