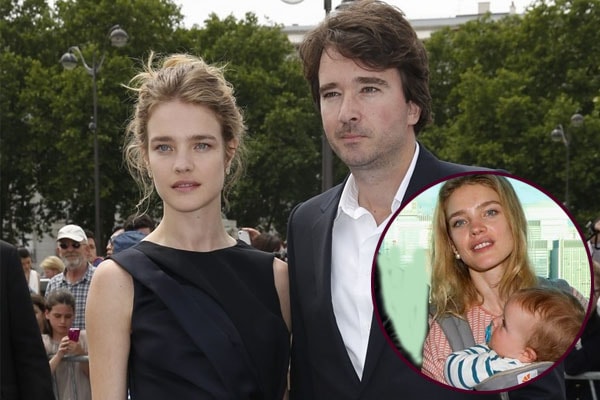 Roman Arnault’s mother Natalia took about four days to announce the arrival of her newborn. She posted a picture of her son Roman’s foot and had captioned how beautiful her son is and how thankful she is for everybody’s support.

The 2-year-old’ Roman Arnault has got four elder siblings. His elder brother’s name is Maxim Arnault. And as for his other elder half-siblings, they are Lucas Alexander Portman, Neva Portman and Viktor Portman, Natalia Vodianova’s children with her ex-husband Justin Portman.

Among them all, Lucas Portman is the eldest. As being the youngest one in the family, everyone adores the little Roman Arnault. Despite having a hectic schedule, Natalia always tends to spend a lot of time with her little ones as much as possible. Roman has fun whenever he is with his mother. He goes to visit parks and even travel overseas with his family for spending the vacation.

Unlike her other grownup children, Roman is just a small baby, and maybe that is the reason why Natalia doesn’t upload that much photos of him. But at times she allows the world to take a glimpse of her cute son who looks like a mini version of her partner Antoine Arnault.

Now let’s see what has the future has got for the little tot of Natalia Vodianova. But no matter what, we are sure that Natalia will be there to support her youngling in his different endeavours of life. Well, Roman has got many options though, whether to be a model like his mother Natalia or enter in the world of business like his father Antoine Renault, CEO of Berluti.

The name Roman has distant origin dating back to the Latin language and Roman Empire. Roman comes from the word “Romanus,” a Latin word which means “a citizen of the Roman Empire.”