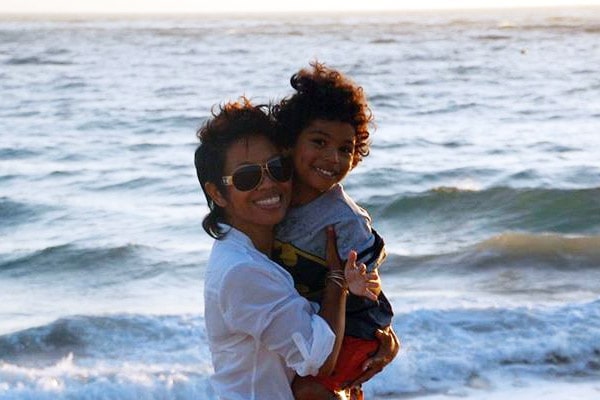 Mekhi Phifer is a Hollywood actor best known for his role as Dr. Greg Pratt on NBC’s long-running medical drama ER. The acclaimed actor is also famous for a co-starring role opposite Eminem in the American feature movie 8 Mile. Also, the Harlem born Mekhi is former regular of the FOX crime show Lie to Me in the role of Ben Reynolds.

Keeping professional talks of the Soul Food star, Mekhi Phifer aside, there is so much to talk about his personal life. Mekhi got engaged thrice, married twice, and divorced once. Also, he is a proud father of two kids, one from his first marriage and another with his ex-fiance. Among the two gorgeous kids, Mekhi Phifer’s son with his then wife-to-be Oni Souratha, Mekhi Thira Phifer Jr., is one of them.

Meet Mekhi Phifer’s son, Mekhi Jr, here and get to know him better.

The ER star Mekhi Phifer started dating Onanong Oni Souratha after being divorced with his ex-wife Malinda Williams in 2003. The former love-birds stayed in a romantic relationship for some years, followed by an engagement in 2007. However, their love did not continue for long, and they separated after a year in 2008.

While Oni and Mekhi were together, they welcomed their first child together, Mekhi Thira Phifer Jr., on 30 October 2007. At the time of the birth of Mekhi Thira at 6:47 am, he weighed 5.4 lbs and was 18 inches long.

Mekhi Jr. is the second child of actor Mekhi. He has a son eight years older than Mekhi from his first marriage.

The twelve years old Mekhi Jr. has an elder half-sibling from his father’s marriage with Malinda Williams. Malinda gave birth to Mekhi’s first child, a son named Omikaye Phifer, back in 1999. The two officially separated later in 2003.

Mekhi Jr.’s half-brother, Omikaye, graduated from the Mira Costa High School on 15 June 2017. Currently, he studies at El Camino College in Torrance, California. Also, Omikaye does a part-time job as a front of the house at Stonefire Grill located in Los Angeles.

Mekhi Thira Phifer Jr. and his half-sibling, Omikaye does not appear much in the spotlight together.

After separating with Mekhi Phifer, Onanong Souratha seems to be living a single life raising her son, Mekhi Jr. There is no news about the Lao Assistant Director, Oni, being in a romantic relationship with any guys in the present.

Mekhi Jr.’s momma, Oni, is active in social networking sites, including Instagram and Facebook. She is operating her Facebook with name Onanong Oni Souratha where she often shares photos of her and Mekhi Phifer’s son, Mekhi Jr.

His Dad Is Married To Another Woman

After the birth of Mekhi Thira, his father Mekhi had announced to the media that he would marry his then-fiance and his baby mama, Oni soon. But, it never happened as the parents of Mekhi Jr., Oni and Mekhi separated.

After splitting up with Oni, Mekhi tied his knot with Reshelet Barnes in 2013. The couple’s intimate wedding ceremony took place in the Montage Hotel in Beverly Hills. A hundred guests attended their fifteen-minute simple marriage. Mekhi Thira’s half-brother, Omikaye, was also there among the guests.

The happily married duo are living together since then. Moreover, Mekhi’s current wife, Reshelet, is very close to his little boy Mekhi Jr. They enjoy and love spending their free time or holidays together.

The American origin name Mekhi’s meaning is Who is like the Lord? The middle name of Mekhi Phifer’s son, Thira, is Oni’s late dad’s name, and they gave it to their son in his honor.