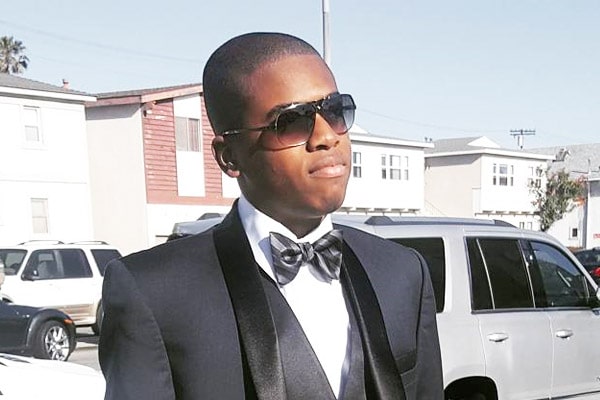 Mekhi Phifer is a famous figure in the Hollywood Industry. The actor and producer, Mekhi is most famous for his role in NBC’s medical series ‘ER‘ as Dr. Grege Pratt. Moreover, he co-starred the role opposite Eminem in the feature American drama movie 8 Mile. Also, Mekhi is the former cast member of the British Science fiction TV program Torchwood: Miracle Day. The talented Mekhi portrayed the role of a CIA Agent Rex Matheson in the show.

Besides being a successful onscreen personality, Mekhi Phifer is also a devoted family man. He is a loving spouse and a proud father of two sons whom he welcomed with two different women.

Today, we are here to make you acquainted with one of the Mekhi Phifer’s sons, Omikaye Phifer. Please keep reading to meet the handsome Omikaye and do not miss the chance to know him better.

The acclaimed actor Mekhi Phifer wed twice in his life. His first marriage was with actress Malinda Williams. The two tied their marital knot in 1999. However, their union was for a short time. Due to various reasons, Omikaye’s parents Malinda and Mekhi could not continue their relationship, and as a result, they separated officially in 2003.

While Mekhi and Malinda were together, Malinda gave birth to Mekhi’s first child, Omikaye Phifer, in 1999. Though the ex-couple went their separate ways after 2003, they put their differences aside and co-parent their son, Omikaye. The devoted parents of Omikaye often post photos of their gifted little boy on their respective social networking sites.

The twenty-one-year-old Omikaye went to Mira Costa High School and graduated from there on 15 June 2017. After completing high school, he enrolled in El Camino College in Torrance, CA, for further education.

According to the Facebook of Omikaye, he is currently working as a front of the house at Stonefire Grill in Los Angeles, California.

Has An Younger Half-Sibling

Besides Omikaye, his father, Mekhi, has another son named Mekhi Thira Phifer Jr. Omikaye’s dad welcomed his second child, Mekhi Jr., with his ex-fiancee Oni Souratha back in October 2007. Mekhi Jr. weighed five lbs., four oz at the time of his birth in Los Angeles at 6:47 am.

Before the arrival of Omiakaye’s younger half-brother, Mekhi Jr., his father told the media that he would take wedding vows with Souratha shortly after the baby is born. However, their marriage never happened as Souratha and Mekhi separated later.

Mekhi Jr. has a keen interest in movie directing, just like his dad. In 2016, the proud father shared a photo of Omikaye’s half-brother, Mekhi Jr., on his Instagram in which the little boy seemed like directing a movie.

Despite two failed trials at finding love, Omikaye’s father, Mekhi, refused to give up. He soon fell in love with Reshelet Barnes. After dating for some months, the couple walked down the aisle in 2013. The duo’s intimate marriage ceremony took place at the Montage Hotel in Beverly Hills. Furthermore, Reshelet and Mekhi said ‘I Do’ in front of a hundred guests, which lasted for fifteen minutes.

Talking about Omikaye’s mother, Malinda, she is married to the award-winning journalist, Tariq M Walker. The two dated for a couple of years and engaged in March 2019. The star of ‘Daddy’s Little Girl’ Malinda announced her engagement with the digital media specialist Tariq via her Twitter.

Both estranged parents of Omikaye are happy with their present partners. Perhaps with their current matches, Malinda and Mekhi will have their chance to live happily ever after.

The name Omikaye means the one that makes guiltless.