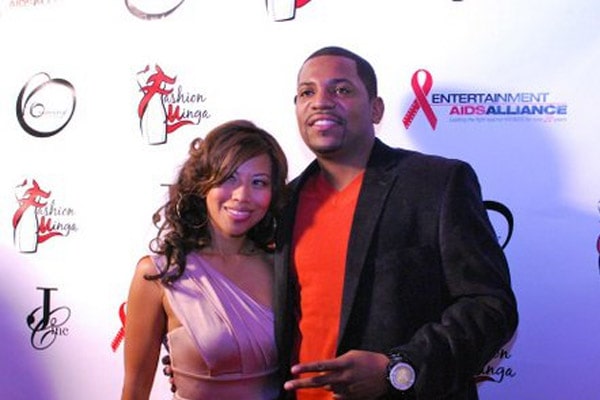 The Harlem born Mekhi Phifer is one of the most talented and acclaimed actors in Hollywood. Phifer appeared in several shows, including NBC’s long-running medical drama ER as Dr. Gregory Pratt and 8 Mile alongside Eminem. He also portrayed a recurring guest role as Junior Bunk in Season 5 and 6 of Homicide: Life on the Street.

One of the sexiest actors of the American Entertainment Industry, Mekhi Phifer, engaged thrice, married twice, and divorced once. Currently married to Reshelet Barnes, Mekhi’s first marriage was with actress Malinda Williams. After getting a divorce with the first wife, he began dating Oni Souratha in 2004, followed by an engagement in 2007. The two separated later in 2008 after having a son, Mekhi Thira Phifer Jr.

Many might be unknown about Mekhi Phifer’s baby mama, Oni Souratha. So, here we are with some facts of Oni, which you might not know. Please keep reading to get familiar with her professional as well as personal truths.

Engaged But Not Married To Mekhi Phifer

As we mentioned earlier, Mekhi Phifer started dating Oni Souratha after separating from his former spouse, Malinda Williams, in 2003. Phifer and Souratha stayed in a romantic relationship for over three years and got engaged on 9 May 2007.

During the togetherness of Mekhi and Oni, Mekhi had revealed to the public that Oni was a beautiful and successful housewife. Besides, he told the media that he and Oni would be tieing their marital knot soon. Even so, various changes in their life brought problems in their love life. As a result, Mekhi and Oni did not marry and ended their relationship in 2008.

After the break-up with Oni, Mekhi took wedding vows with his long-time girlfriend, Reshelet Barnes in 2013. However, his baby mama, Oni, remained single.

Has A Son With Mekhi Phifer

At the time when Oni was together with Mekhi, she gave birth to Mekhi’s son, Mekhi Thira Phifer Jr., on 30 October 2007. Mekhi Jr. weighed 5.4lbs and measured 18 inches at the time of his delivery at 6:47 am.

The fans of Mekhi Phifer thought that Mekhi Jr.’s birth might add more closeness in Oni and Mekhi’s bonding. But, it never happened, and the two went on different paths. Although Oni and his ex-fiancee parted ways, they shared the legal and physical custody of their son and raised him well.

In 2016, Oni’s ex-partner, Mekhi, shared a photo of their little boy on his Instagram. The picture of Junior Mekhi depicts that he seems to be interested in movie directing like his celebrity father. Oni’s son, Mekhi, is just thirteen years old in the present. Who knows. He also might achieve success in the movie-making industry shortly, like his dad.

Her Sister Is An Actress

Oni Souratha is a native to Thailand. Along with her nine siblings, she moved to Los Angeles when she was in her early childhood. There in the United States, she found her way in the American Entertainment Industry. Oni served as a Production Manager of numerous movies for several years.

The skilled Oni is not the only Souratha popular in the film industry. Her elder sister, Tida Souratha, is also a famous actress who has portrayed many challenging and soulful characters. Moreover, she is passionate about Producing innovative and thought-provoking stories for the screen. Her short film producing credit goes to movies like Released, Arrival, and Pure.

Launched A Swimwear Line With Ex-Fiancee

The older sister of Oni Souratha used to work for a swimwear line when Oni was a little girl. Since her childhood, she witnessed the creative chaos of everything from design to runway presentations. Oni eventually gravitated towards wardrobe styling for music videos. She also worked in film production assisting veteran director Bile Woodruff on videos for notorious artists, including Britney Spears.

After developing ideas for the swimwear line, Oni decided to open a swimsuit line of her own. Her ex-fiancee and business partner, Mekhi, stepped in to help her put together a business plan and finance to start their joint venture. In 2010, the estranged couple, Oni and Mekhi formalized their idea by unveiling a preview collection of Onanong Swimwear and did its formal launch in 2011.

After working in the entertainment and executive management industry for over fifteen years, Oni dealt with all aspects of both industries. She worked as a leasing specialist in GHP Management, Los Angeles, CA, from January 2011 to October 2012.

After that, Oni joined Regus in the post of Client Service Representative in October 2012. Later, in November 2016, she began working as an Operations Center Manager in Regus till December 2017. After 2017, Oni became the Area Manager of Regus till September 2018.

Furthermore, after leaving Regus, Oni joined Douglas Emmett Management Inc. in the post of Assistant Property Manager in October 2018. And, she has been serving there since then. Her tasks in the Douglas Emmett include working directly with the property manager, assisting in the supervision of an administrative assistant, and so on.