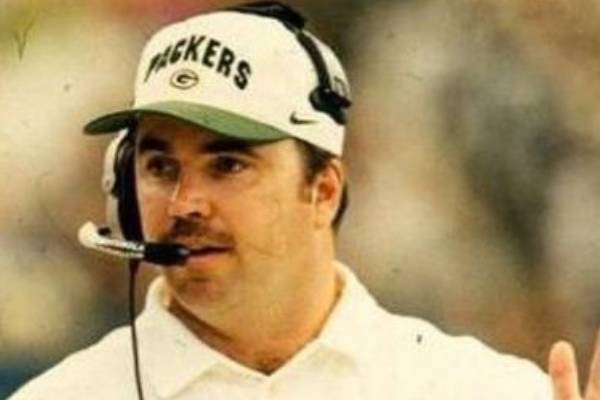 Mike McCarthy is a well-known name in the NFL world. The 58-year-old currently works as the head coach of the Dallas Cowboys. He formerly worked for the Green Bay Packers. He has gained prominence for an overall regular-season record of 131-87-2 and is considered one of the successful coaches in NFL history. Because of his professional success, McCarthy’s personal life has also become a subject of public interest.

Talking about his personal life, Mike has been married two times. In the two marriages, he welcomed three daughters with whom he is really close. Many NFL fans are curious to know about his family life and kids. Thus, in this article, let’s learn in detail about Mike McCarthy’s children and their whereabouts.

Alexandra McCarthy also known as Alex Noel McCarthy is the eldest daughter of the Cowboys coach, Mike McCarthy. He and his former wife, Christine Noel, welcomed Alex in 1992. Mike’s eldest child attended the University of Kansas and graduated with a Bachelor of Science/ Minor in Business.

Moreover, Mike McCarthy’s daughter, Alexandra, also has an interest in acting and theatre from a young age. When she was small, she used to take an elective theater class, and while pursuing her undergraduate, she continued to be involved in acting and theatre, stage movement, along with an introduction to Stanislavsky to her curriculum.

After graduation, Mike’s daughter was visiting her grandparents in Pennsylvania, and a casting director approached her. He asked her to work as an actress on the set of the Breck Eisner, who had directed blockbuster movies like The Last Witch Hunter. After that, Alexandra fell in love with the profession and continued to pursue it as her career.

Alexandra has since then acted in many projects and has also gained significant fame and success. She is the founder of Bete Productions, which she founded in August 2020. Moreover, Alex has also worked as a producer. She seems to be doing great in her profession.

After his marriage with Christin ended, the Cowboys coach Mike McCarthy got married to Jessica Kress on March 15, 2008. Seven months after walking down the aisle, on October 22, 2008, Mike McCarthy’s daughter, Gabrielle Kathleen McCarthy, was born at a Green Bay Hospital.

Then, three years later, in 2011, Mike’s daughter, Isabella Conroy McCarthy, was born. Unlike his first child, Mike McCarthy’s daughters with Jessica Kress, Isabella McCarthy, and Gabrielle McCarthy have not made much public appearance. Moreover, he has also not revealed much information about them.

Also Read: Learn How Is Melissa Fumero’s Son Enzo Fumero Is Growing Up

Growing up in a family where their dad, Mike McCarthy, is engaged in the NFL world, the little ones might also develop some interest in football. Among Mike McCarthy’s children, his eldest daughter has pursued a career in acting. But his other two kids have not revealed anything about their interest.

Who knows, Gabrielle and Isabella might follow in their dad’s footsteps and become involved in sports. Or, they might also be interested in acting like their elder sister, Alex. Nevertheless, whatever the career path they choose to pursue, their dad, Mike will support them wholeheartedly.

Mike McCarthy’s children are surely growing up in a lovely environment with their loved ones surrounding them. We hope the best for the three girls and hope that they have a great future ahead.

The name Alexandra has a Greek origin, and it means Defender Of The People.