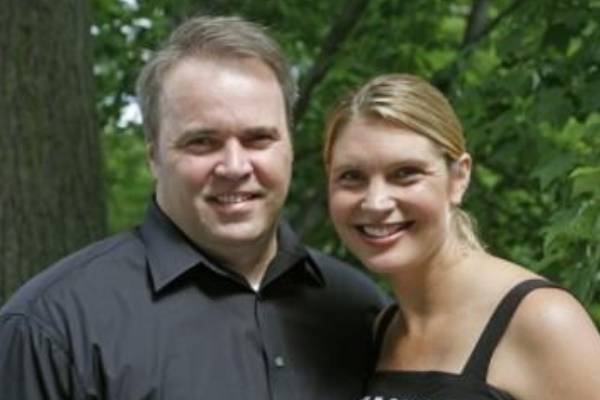 National Football League (NFL), a professional American football league, consists of 32 different teams. These teams have respective coaches, players, and managers many of whom have earned significant fame and fortune. One such name is Michael John McCarthy, also known as Mike McCarthy, who currently is the head coach of the NFL team, Dallas Cowboys.

The NFL coach has earned huge prominence in his professional career after leading his team to win many matches and championships. As a result, he is regarded one of the bests coaches in NFL history. Just like his professional career, Mike’s marriage is also a huge success. He has been married to Jessica Kress for a long time now and has even welcomed kids with her.

Hence, in this article, let’s learn in detail about Mike McCarthy’s wife and their marital life.

The Pair Met Through A Mutual Friend

As mentioned earlier, the Dallas Cowboys coach, Mike McCarthy, shares a blissful marital life with Jessica Kress. The couple met through their mutual friend John Schneider in the spring of 2006. John and his wife, Traci Schneider, had asked Jessica to meet Mike and see if they could become a thing. However, the duo did not hit it off after their first encounter.

Jessica and Mike had another date, and during that time, she burned the lasagna. With time, the pair were drawn to each other, and they eventually fell in love. The duo then dated for two years, and on March 15, 2008, Mike and Jessica walked down the aisle.

The love birds chose to make their wedding an intimate ceremony which only seven people attended. Those seven people were their kids from their first marriage and their parents. Mike McCarthy’s partner later revealed that she kept the wedding private and small to avoid being in media scrutiny.

Since then, the McCarthy couple has been living a wonderful life together. Plus, their marriage is also growing strong with the days passing.

Mike McCarthy’s Wife Is A Doting Mother Of Four

Since 2008, Mike and Jessica have been living a wonderful life together. And in over a decade of being together, the couple has also welcomed two kids together. Mike McCarthy’s spouse, Jessica McCarthy, gave birth to their daughter, Gabrielle Kathleen McCarthy, on October 22, 2008, at a Green Bay Hospital.

Jessica and her husband, Mike, then welcomed their second child, Isabella Conroy McCarthy, in 2011. Furthermore, she also has two sons from her first marriage. Jessica’s eldest son is Jack Kress, who was born in 2001. Similarly, her younger son, George Kress, had arrived in 2003. At the time of her wedding with Mike, the boys were 7 and 5, respectively.

Jessica, a doting mother of four, is raising her kids with her husband. They all must be having a wonderful time together.

Mike and Jessica are each other’s second spouses. Before getting together with Jessica, the Cowboys coach was married to a woman named Christine, and they had a daughter, Alexandra McCarthy, together. After his first marriage ended, he met his future wife, and the rest is the story.

Similarly, before meeting him, Mike McCarthy’s wife, Jessica McCarthy, was married to William Kress. He is the board of directors of the Packer organization. However, it was not revealed when the estranged couple tied the knot.

Sadly, their marital life too could not last long, and in March 2005, MIke’s now-wife filed for a divorce from her first husband. The divorce was then finalized in 2005. However, the details about their divorce agreements have not been revealed yet.

As stated above, Jessica shares two boys with her first husband, William Kress. In addition, they must have shared joint physical custody of their sons. Nevertheless, the divorced couple must be doing great in their lives.

Jessica Worked As A Teacher

According to Heavy, Mike McCarthy’s spouse, Jessica Kress, worked as a teacher at an elementary school that is close to Lambeau Field when she met him. However, it is not sure if she continued her profession or has changed it. As, the NFL coach’s wife prefers to keep her personal life private.

Furthermore, Jessica and Mike are philanthropic in nature. The husband and wife have been involved in a number of charitable works. For example, Jessica has initiated a charity, Sick Kids Can’t Wait. Through the charity, the couple made donations of $1.5 million to the University of Wisconsin’s American Family Children’s Hospital.

The hospital, which is located in Madison, is considered one of the best children’s hospitals in the country. The duo also hosts yearly golf outings, which solely work for the benefits of American Family Children’s Hospital.

Nevertheless, Jessica must be living a wonderful life with her husband. As Mike McCarthy’s wife has not revealed much information about her other personal details, let’s hope we get to know more about her in the coming days.

For More Updates On Celebrity Babies, Feuds, Their Riches, Siblings, And Entertainment, Keep In Touch With eCelebritmirror.