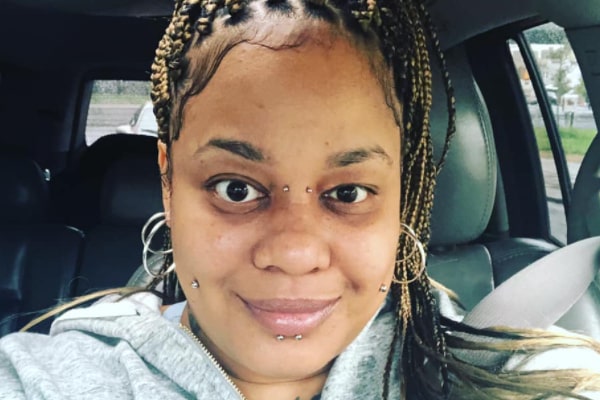 Christopher Lee Rios, best known by his stage name Big Pun was an American rapper and songwriter married to Liza Rios. Big Pun, short for Big Punisher, is frequently cited as one of the best MCs of all time.

Gaining notoriety from underground hip-hop scenes in the Bronx borough, he came to prominence for his work with the Terror Squad and Fat Joe. With his significant other, Pun was blessed with 3 beautiful kids.

The couple reportedly starting dating at 14, and Liza was pregnant at 17 when they tied the knot. Sadly the rap sensation especially known for his signature breath control, passed away in 2000, leaving his wife and three kids behind.

Below, let us look at what Big Pun’s wife Liza Rios has been up to after the rapper’s death.

The first Latino artist to go platinum had his fair share of hip-hop drama, especially in the 90s. Big Pun’s wife Liza Rios was a witness to all his antics and produced two documentaries about his life.

As mentioned above, Liza and the Grammy-nominated rapper started dating when they were 14, due to which she knew mostly everything. Unlike controversies surrounding Tupac Shakur and The Notorious B.I.G.‘s deaths, Pun had a heart attack and respiratory failure.

The two documentaries produced and written by the mother of three are; Big Pun: Still Not a Player and Big Pun: The Legacy. Both include exclusive footage of Big Pun, including glimpses into his personal life.

Since both the documentaries came after the death of the 28-year-old, it works as a tribute to him. Liza Rios has also appeared as herself in E! True Hollywood Story and Inside the Label.

From writing and producing, Big Pun’s wife Liza Rios would transition to radio. The 49-year-old would collab with the Damatrix Studios Network and get her own radio show, “PunIsHer Radio Show.”

The show aired for an hour, every Monday from 6 pm to 7 pm. Liza with a couple of childhood friends as guests talk about their upbringing with the Yeeeah Baby album artist.

The show would also revolve around touching matters which included how the “You Came Up” rapper abused his wife and how Liza handled the upbringing for her children.

Despite the show gathering fans, it was canceled sometime around 2016. It was mainly because of the controversies surrounding it and the defaming of the rapper himself.

Also, it is considered as an act of snitching in hip-hop society, but as times are changing, so are the people.

Big Pun’s wife and the mother of Chris Rivers, Amanda Rios, and Vanessa Rios is also a public figure and a social media influencer.

Like her documentaries and radio show, the 49-year-old uses her experience in life to guide others. Big Pun’s wife mostly gives the message of self-love and acceptance.

Nowadays, she is mostly active on Facebook, which she uses as her platform to preach. Other than that, Big Pun’s widow also talks about a healthy lifestyle, free spirit, daily empowerment, feminism, and changes.

Liza Rios also marched along with many DMX fans during his tribute after his death.

Opened Herself To The Public

After his death, Big Pun’s wife, Liza Rios, finally shared her story with the public. Liza Rios, along with her children, confessed to the abusive nature of her late husband.

There is CCTV footage of how the member of the Terror Squad instigated domestic violence in the family. His son, Chris Rivers, also made the scenario very clear in his podcast for AllHipHopTV with a run time of almost 30 minutes.

Liza Rios’s son also took out a single titled “Fear Of My Crown,” which portrays the difficult upbringing they faced due to Big Pun. The family had also sued Fat Joe, but it never materialized and might have been settled behind closed doors.

Despite everything, Liza Rios may have opened up to the public regarding her relationship with the rapper but has always stayed loyal to him.

Big Pun’s wife Liza Rios never re-married after his death and often talks good about him.

With all that said and done, the mother of three is enjoying her life away from mainstream media attention and mostly surrounded by her friends. We wish the best to Liza Rios for the days to come.