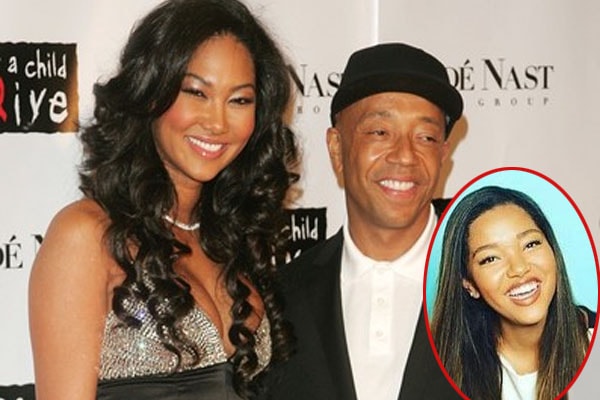 The model, Kimora Lee’s daughter Ming Lee Simmons was born on January 21, 2000. Kimora Lee has two daughters with her ex-husband Russell Simmons. Both have beautifully grown up now. The couple welcomed their second daughter named Aoki Lee Simmons who is two years younger than Ming Lee in 2002.

Ming Lee has two half-siblings named Kenzo Lee Hounsou and Wolfe Lee Leissner.  Ming Lee is already into the fashion industry. She was just two years old when she started doing modeling. It pretty much foretells how far she has reached now.

Ming Lee Is Setting Her Career In Modeling

Ming Lee is the oldest kid in the family. It seems as though she has a lot of common with her mother. Since Kimora is a fashion star, we pretty much can tell Kimora’s talent passed down to her daughter. However, there aren’t a lot of people who can successfully be a model at such a young age. Well, Ming Lee easily handled it. As of now, the 19-year-old Ming Lee spends a lot of time in modeling. It seems Kimora Lee’s daughter Ming Lee will continue her mother’s Legacy.

You will get to know more about her from her Instagram handle.  Ming’s modeling work predicts that she is all grown up. It makes pretty sure; she has all her mother’s gene. Ming Lee shares beautiful pictures of her mother and herself on Instagram. It looks they are made for each other to rule the fashion world.

Ming Lee graduated last year in 2018. Her father Russell Simmons came into the spotlight with his ex-wife Kimora’s kid to attend Ming’s graduation day. He had congratulated her on Twitter dated back to 12 June 2018. Despite the rude comment from fans, Ming has shared one memorable picture on Instagram with her father stating behind every successful daughter there is an amazing father. Whatever lies between the rude and good, a father is always a father to his daughter.

Besides her modeling business, Kimora Lee’s daughter Ming Lee loves to spend time with her family. She is very close to her sister, Aoki Lee Simmons

Ming is a Chinese word. It means ‘Bright.’ Lee is the English middle name meaning ‘wise and Intelligent.’