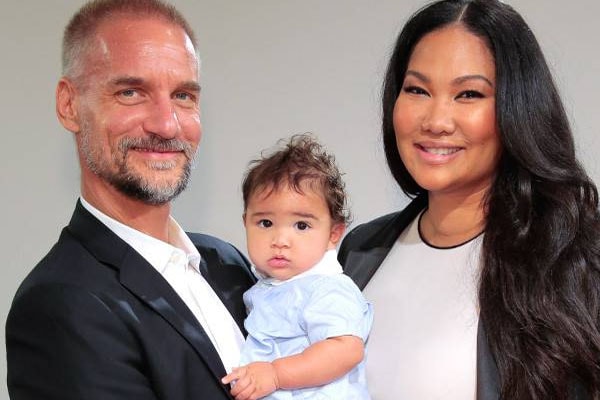 Kimora Lee is a model and a fashion designer. With her current husband Tim Leissner, she gave birth to a son named Wolfe Lee Leissner. He was born in April 2015. Wolfe Lee is the youngest child of Kimora Lee.

Wolfe Lee Leissner has altogether three half-siblings; Kenzo Lee Hounsou, Ming Lee Simmons with Russell Simmons and Aoki Lee Simmons from his mother’s past relationship. Since he is the youngest, pretty sure he must be loved by all. Wolfe’s older siblings Aoki Lee and Ming Lee are well-known celebrity models. Wolfe is surrounded by talented people in the family.

There is no buddy like a brother. Many people just think the relationship between siblings can be tough sometimes. This is not true, a large number of brothers like each other including Wolfe and Kenzo. They are often spotted together in Kimora’s Instagram. It seems Kimora Lee’s son Wolfe likes to hang around with Kenzo often as a best friend. Kimora has uploaded of her two sons with captioned sometimes being a brother is better than a superhero.

Alongside, Wolfe loves to hang out with family. Wolfe appeared at Kimora’s  2016 collection preview.

Beside preview and events, Kimora Lee’s son Wolfe is often spotted in the ocean. He shares his best smile whenever he is in the ocean. Wolfe is not more than two years old. He has almost conquered the feeling of how it feels to be in the ocean. Last March, he was spotted in Venice together with his mom. He is living quite a luxurious life. We are pretty much excited, what he is trying next.

Wolfe is quite a looker like his mother. His pictures are undeniably cute and adorable. Pretty sure, each person flick by that picture wouldn’t stop looking at it twice. His picture surely gives you a heart-melting feeling. One of the cool things he did was to ride on a jet ski.

Kimora has shared a photo of Wolfe on Instagram trying to be a ship captain. This kid seems to be in total love with a ship.