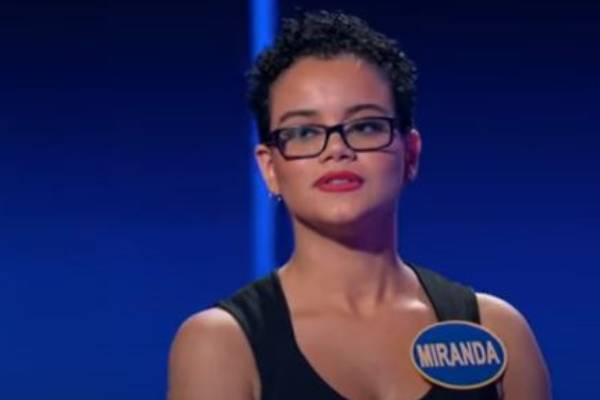 Miranda Tyson is the lovely child of famous astrophysicist Neil deGrasse Tyson and his lovely wife, Alice Young. She grew up with her brother, and her parents raised them with great love and care.

Neil deGrasse Tyson and Alice Mae Young share a blissful marital life. They tied the knot in 1988, and since then, their marriage has been going strong. In their almost three decades of togetherness, they welcomed a son and a daughter.

Neil deGrasse Tyson’s wife, Alice, gave birth to their firstborn daughter, Miranda Tyson, in 1997. Then they welcomed their son, Travis Tyson. However, information about his birthdate has not been revealed yet.

Nevertheless, the two siblings might have had a great childhood while growing up.

Neil deGrasse Tyson’s kid, Miranda Tyson, works as a special education teacher at NYCDOE High School of Arts and Technology. She attended Harvard University in 2014 and graduated with a degree of Bachelor of Arts in East Asian Studies in 2018.

Furthermore, Miranda interned at Japan Aerospace Exploration Agency’s Public Affairs Department in the summer of 2016. She might be doing great in her profession.

Is Named After A Moon

As stated earlier, Miranda Tyson’s father is an astrophysicist. This might be the reason why her parents chose to keep her name “Miranda,” According to Heavy, she is named after one of the moons of Uranus.

Her Father Got Her To Test Tooth Fairy Story

In one of the interviews, Miranda Tyson’s dad, Neil, mentioned that when his daughter lost her first tooth in kindergarten, he and her mother told her about the tooth fairy story. They told her that when she keeps a tooth under a pillow, the tooth fairy visits.

After Neil deGrasse Tyson’s daughter went to sleep, Neil and her wife swapped the tooth for money. As the daughter of a scientist, she might have been eager about this and needed more proof. As a result, she tested whether the tooth fairy story is true. Just like other kids, she had suspected that the tooth fairy was their dad and mom.

Then, she and her friends agreed on not telling their parents about the next tooth that they had lost and hidden the tooth under their pillow. She did the same, and the tooth stayed a tooth.

In the interview, he stated that he was proud and was not concerned that she missed out on the tooth fairy experience.

Appeared In Family Feud With Her Dad

In July 2017, Miranda appeared in the popular ABC show Family Feud with her dad, brother, mom, and her dad’s cousin, Monique Fortune. In the show, they faced off against Rick Fox, who was accompanied by his sister, Jeanene Marie Fox, brother-in-law Ethan Marshall Edwards, son Kyle Fox, and sister-in-law Neriah Davis.

Miranda and her family won $25,000 for their charity. Her brother, Travis, scored 142 points, and her dad crushed the next round. The host, Steve Harvey, stopped tallying their scores as they were clearly over the 200 point mark.

As an astrophysicist, Neil deGrasse Tyson has earned huge fame and popularity. As a result, his kids and wife have come into prominence. However, despite the fame, Neil’s daughter seems to be a private person. Although she has made several red carpet appearances or has attended several events with her parents, she seems to be preferring her life away from the unnecessary media attention.

Furthermore, Miranda does not seem to have any social media presence. Similarly, her relationship status is unknown. Even if she is in a relationship, it might be a while before we meet Miranda Tyson’s boyfriend.

Nonetheless, she might be doing great for herself. Here’s hoping to learn more about Neil deGrasse Tyson’s daughter, Miranda, in the future.

The name Miranda originated from Latin, and it means “Admirable.”