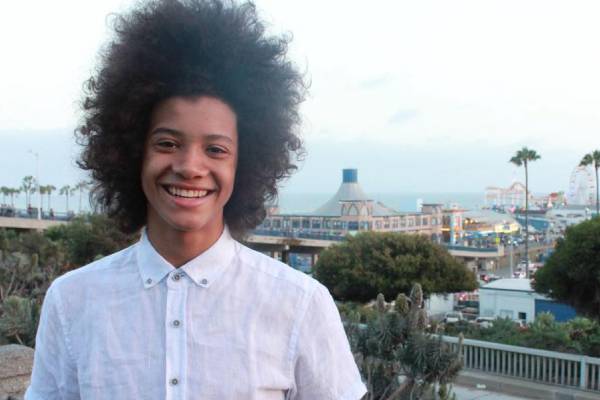 Travis Tyson is the second-born of famous astrophysicist Neil deGrasse Tyson and his lovely wife, Alice Young. As the youngest one in the family, he grew up with immense love from his sister and parents.

As mentioned earlier, Travis Tyson is the only son and the youngest child in the family, whom they welcomed in 2001. Furthermore, he also has an elder sister, Miranda Tyson.

Travis Tyson’s sister was born in 1997, and she is named after one of the moons of Uranus. She works as a special education teacher at NYCDOE High School of Arts and Technology.

Nonetheless, being the youngest one in the family, Neil deGrasse Tyson’s kid is pampered by his parents and sister.

However, his major has not been revealed yet. Nonetheless, he might achieve significant success in his career in the future.

Appeared In Family Feud With His Dad

In July 2017, Travis appeared in the popular ABC show hosted by Steve Harvey, Family Feud. He appeared in the show with his dad, mom, sister, and his dad’s cousin Monique Fortune.

Neil deGrasse Tyson’s son, Travis, was the first up to tackle Fast Money. There, he proved that the apple does not fall far from the tree, making 142 points. Then, it was his dad, Neil’s turn, who crushed the next round by rocking a planetary vest. As they were clearly well over the 200 points, the host stopped tallying their scores.

Travis and his family won $25,000 for charity. Furthermore, in the show, Steve made the mistake of complimenting Travis’s hair. At that time, Travis took an opportunity to hilariously throw a shade on Steve’s bald head.

His Father Is A Well-Known Astrophysicist

Travis Tyson’s dad, Neil deGrasse Tyson, is a renowned planetary scientist, astrophysicist, science communicator, and author. He has worked for several positions in several institutions like the Hayden Planetarium, Princeton University, the University of Maryland, and the American Museum of Natural History.

Neil joined the Hayden Planetarium as a staff scientist in 1994, and in the following year, he became the acting director. Furthermore, in 1996, he was appointed as the director and oversaw the planetarium’s $210 million construction project. The project was completed in 2000.

Furthermore, Travis’s dad has also written many books on astronomy, which became very popular and were sold in millions of copies. As an astrophysicist, he has gained immense fame and fortune to his name.

And with such a successful father to look up to, we might see Travis Tyson following in his dad’s footsteps.

As stated earlier, Neil deGrasse Tyson has gained huge fame and popularity in his career. Similarly, because of him, his son, Travis, has also come into the spotlight. However, it seems like he prefers his life away from the media and the spotlight.

Going through his Facebook, we can see that Neil’s baby boy posts very little. Although he has attended several events with his dad, he seems to be enjoying a normal life away from the unnecessary media attention. In addition, his relationship status is also not known.

Nonetheless, if he is dating someone, Travis Tyson’s girlfriend might be the luckiest girl to have someone as creative and handsome as him as their partner.

The name Travis has an English origin, and it means “From The Crossing Or Tollgate.”