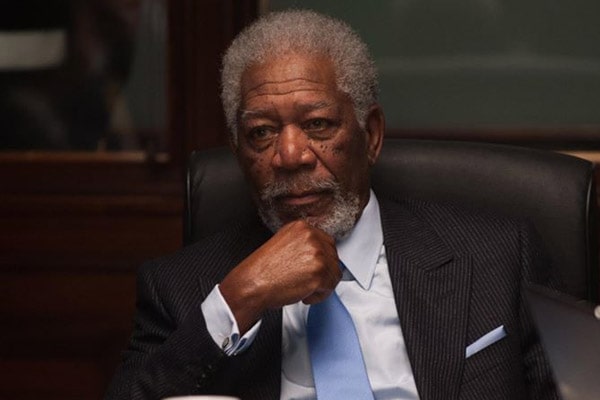 Morgan Freeman is one of the most honored actors in the Hollywood Industry. Freeman is famous for starring in numerous amazing films and for his more than smooth, impeccable voice. From Robin Hood: Prince of Thieves to Seven to Bruce Almighty, every character Morgan gets, he always plays it so well. His distinctive sound and natural acting skills have made him such a beloved celebrity over the decades.

The 83 years old Morgan Freeman married twice in his lifetime. Moreover, besides being in a marital relationship with two women, he was also involved in extra-marital affairs with different women. Through two marriages and various romantic relations outside marriage, Morgan became a proud father to four talented kids. Among those four Morgan Freeman children, Deena Freeman is one. of them

So, let’s indulge yourself in some facts of one of the great actor Morgan Freeman’s daughter, Deena Freeman’s life, you probably never knew.

Deena Is The Adopted Child Of Morgan

As mentioned earlier, Morgan Freeman wed two times in his life. His first wedding was with Jeanette Adair Bradshaw in 1967. The two stayed together for twelve years and eventually divorced in 1979, citing irreconcilable differences. The former husband and wife, Morgan and Bradshaw have another daughter, Morgana Freeman.

However, when Morgan began dating Jeanette, she was already the mother of a daughter from her previous relationship. Later, Morgan took wedding vows with Jeanette and adopted her daughter too. The same child of Jeanette with an unknown man is the adopted daughter of Morgan, Deena Adair Freeman.

The information about the biological father of Deena is not available to the public yet.

Had A Daughter Named E’Dena Hines

The beautiful little girl of Morgan, Deena, was once in a marital relationship with Edward Lee Hines. But their relationship ended with a divorce. The former couple Edward and Deena welcomed a daughter, whom they named E’Dena Hines in 1984. However, when their daughter was just three years old, the two separated.

After the separation of Deena with her ex-partner, her father Morgan, along with his second wife, Myrna Colley-Lee, raised her daughter. Though there was no blood relation between Deena and Morgan, Morgan acted as a surrogate father to her little princess.

Unfortunately, at the age of thirty-three on 16 August 2015, Deena’s beloved little girl, E’Dena was attacked to death outside her apartment in Washington Heights, New York. Her boyfriend, Lamar Davenport, knifed her more than fifteen times till she died. Davenport was in the throes of a PCP-induced rage when he killed Deena’s daughter.

Furthermore, there is no news about Deena being in a romantic affair with any guys. Also, it’s not known if she has other children or not besides Late E’Dena.

Rumors Of Her Father And Daughter’s Affair

However, Deena’s dad, Morgan, insisted that the tittle-tattle of any pending marriage and romantic bonding with his granddaughter are just defamatory fabrications to sell papers. He said that he loved his step-granddaughter like she was his own flesh and blood.

A Part of The American Film Industry

Like Morgan Freeman, two other kids, son Alfonso Freeman and daughter Morgana Freeman, Deena is also a part of the American Entertainment Industry. Like Alfonso and Morgana, Deena is not an actor or a singer. She serves in the miscellaneous crew of the movies where her father performs. Deena is in the make-up department as a hairstylist.

The fashion-updated daughter of Morgan Freeman, Deena styles the hair of the crew members of the Film Industry. Besides working on various TV shows as a hairstylist, Deena has become the personal hairstylist of her father in numerous movies, including The Nutcracker and the Four Realms. Also, she was the hair department head in the 2012 comedy movie The Magic of Belle.

Morgan Freeman’s daughter, Deena, seems to prefer a life far from the spotlight. She never shows up in the media alongside her celebrity father and siblings. Probably, Deena does not want the press to stick their prying eyes inside her private life.

Moreover, Deena is not active in any of the social media pages. She does not have social site accounts registered in her name. Or it could be that the member of the privacy loving Freeman family, Deena, might also use Instagram, Facebook, and other social networking websites with different names.

The name Deena is of English origin, which means from the valley.