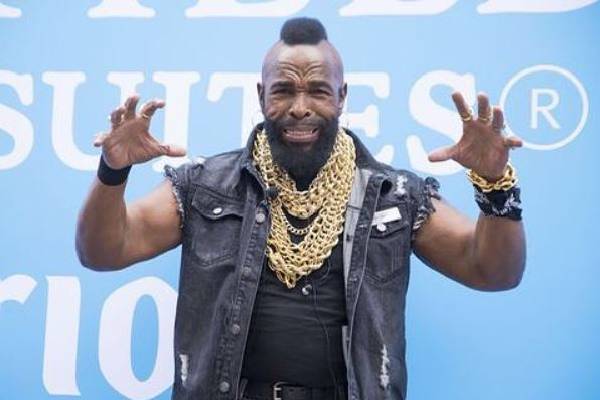 Mr. T is a wrestler, an actor, a football player, and a bodyguard. So it’s hard to imagine Mr. T, who is the personification of the tough-guy image, as a father. But, contrary to our expectations, Mr. T is the father of four children if we count his alleged illegitimate son.

So, today let’s find out who Mr. T’s children are and where are they now.

Mr. T married Phyllis Clark in 1971, and the couple has three children together. The names of Mr. T’s daughter are Lesa Tureaud and Erica Clark, while his son’s name is Laurence Tureaud Jr.

It is rumored that Mr. T’s wife, Phyllis Clark, suffered from mental health issues. She underwent a psychiatric evaluation in 1997 after she hit two police cars to evade a parking ticket. Her younger daughter, Erica, also remembered her trying to strangle her teacher. Apparently, Phyllis got really upset when the teacher told her that her baby girl couldn’t keep up with her classmates.

While there is no public record of Mr. T’s wife’s mental illness, incidences like these must have been hard on the family. It probably made raising children difficult. But Mr. T seems to have managed to take care of his kids and to balance a career successfully at the same time.

Mr. T lived with his family in Lake Forest, which is a wealthy neighborhood in Chicago. Since he could afford to live in such an expensive neighborhood, he undoubtedly provided well for his children. At least, they may not have felt lacking in material pleasures.

While not much is known about Mr. T’s older daughter, Lesa Tureaud, his younger daughter seems to be making her own name as a stand-up comedian. Erica Clark used to teach children with Down syndrome and Autism until 2013. Then, Clark decided to pursue a career in stand-up comedy.

When Erica was once asked about her experience as one of Mr. T’s children in an interview, she replied that she realized it was not a normal experience. For example, having celebrities like Hulk Hogan crash through the dining room table high on cocaine during Thanksgiving dinner can hardly be called a “normal” experience.

Despite all that, the father-daughter duo seems to be cordial to each other while exchanging several phone calls yearly.

As for Mr. T’s son, Laurence Tureaud Jr., and his eldest daughter, Lesa, not much has been revealed about them. Nevertheless, he might share a similar bond with the two that he shares with Erica.

While Mr. T’s kids from his spouse, Phyllis, don’t seem to have many complaints against their father, an alleged son filed a lawsuit against him in 2013. The young man named Alexander Taylor filed a $5.4 million lawsuit blaming the actor’s abandonment for his emotional instability.

Taylor alleges that the emotional instability from his father’s abandonment caused him to join a gang. According to the documents presented in the lawsuit, Taylor is the biological son of Mr. T and Vanessa Taylor and was born on 25th May 1988.

Furthermore, Alexander also claimed that Mr. T failed his fatherly duties to provide him and his mother with the basic needs. He also stated that the former wrestler abandoned them because he felt they didn’t fit the public image of Mr. T.

Moreover, the born-again Christian Mr. T didn’t comment on the allegations made against him.

While the multitalented star seems to have a good relationship with his other children, his alleged neglect of Alexander doesn’t portray him in a good light. However, we can only speculate about the personal life and family of Mr.T but only the concerned parties know the whole truth.

As fans, we can only hope that no injustices were done and Mr. T’s children are all enjoying their life to the fullest.

The name, Erica is derived from the Old Norse name, Eiríkr, and means sole ruler.

Similarly, Lesa is of Germanic origin and means eternal peace.

Lawrence is of English origin and means shining one.

Lastly, Alexander is derived from the Greek name Alexandros, which means protector of men.