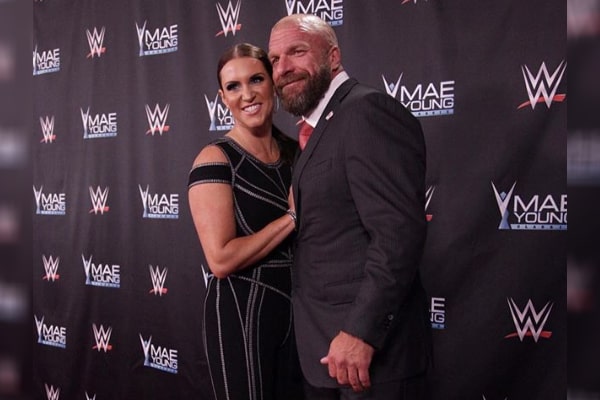 Stephanie McMahon is a very driven woman who has been serving as a CBO of WWE and is a doting mother of three. As the McMahon family, she is the fourth generation wrestling promoter and has worked for WWE since she was young.

Stephanie McMahon worked her way up from a receptionist to CBO and is happily married to WWE executive/wrestler, Paul Levesque, aka Triple H. The pair started their romance on-screen. Still, the scripted affair developed into a beautiful marriage with three daughters. So, today, we shall be talking about Stephanie McMahon’s daughter, Murphy Claire Levesque.

The 12-year-old is living a very private life away from the public’s eyes and is growing up steadily under watchful eyes of her parents. It might sound weird though, Levesque’s parents are extremely famous and known for their drama on-screen, but their daughter is entirely away from the television.

Well, that’s because Stephanie understands what an individual needs to go through if they are regularly exposed to the world. Thus, the wrestling-duo decided to keep their daughters, including Murphy, away from the public scrutiny.

Stephanie’s mid-child, Murphy’s sisters, are very enthusiastic about wrestling. Murphy’s older sibling, Aurora, is already paving her way to the arena while her younger sister, Vaughn, practices her entrance in Katy Perry’s songs with her mother. Furthermore, Vaughn understands to pin her mom down to win but prolongs the matches deliberately.

Although we know about both Murphy’s sister’s willingness to follow their parents’ footsteps, her aims are still vague. Maybe because she is only 12 years old and currently is being home-schooled. Stephanie will be supportive of their children regardless of their career choices. Therefore, let’s hope Murphy chooses her ambitions wisely and succeed swiftly.

Moreover, Murphy Levesque’s mother clearly stated that she is very optimistic about her children’s choices but wants them to acknowledge the limitless opportunities. Thus, she wants them to seek more and choose wisely.

It is not an unknown fact that Murphy Levesque belongs to a family that has a great history behind. Her grandfather and Stephanie McMahon’s father, Vince McMahon, acted as his father, Vincent J McMahon‘s successor. He further promoted the WWE and became groundbreakingly successful.

Not just Vince, but his wife and Stephanie’s mother, Linda McMahon, also serves as the professional wrestling executive. Linda became a role model for young Stephanie as she is for her young children today.

Talking about Murphy Levesque’s parents, Stephanie McMahon and Triple H’s romance was all scripted, but it developed into a beautiful relationship. Although the pair parted ways from their on-screen romance, the couple kept their relationship alive off-screen.

There were several occasions when Vince intervened in their actual relationship, but they married on October 25th, 2003. Over the course, the pair progressed in their respective career and expanded their family.

The family of five is beyond happy and are living comfortably. Thanks to this pandemic, they get to spend more time than usual. Let’s hope Stephanie Levesque’s daughter, Murphy, grows up beautifully and appear more frequently on television in the coming days.

The name Murphy is of Irish origin, which means Descendant of Sea warrior. Furthermore, Claire says enlightened and has a French background.