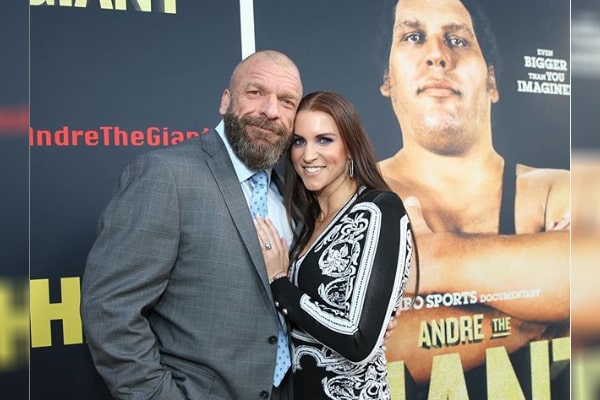 Stephanie McMahon Levesque is a businesswoman and pro wrestling personality. Furthermore, she is a fourth-generation wrestling promoter as a member of the McMahon family and currently serves as the CBO(chief brand officer) of WWE.

Stephanie is not just a successful media personality. She is also the loving wife of WWE executive/wrestler, Paul Levesque, better known as Triple H and a doting mother of three adorable daughters. Today, we shall be talking about the youngest in the Levesque family, Vaughn Evelyn Levesque.

The pair welcomed their third child after seven years of marriage. Vaughn and her sisters seem to be a huge fan of singer Katy Perry. Therefore, Mrs. Levesque took their daughters to see her in 2014 and was able to meet backstage.

Since Stephanie lived her life on screen, she understands the difficulty that media scrutiny creates. Hence, she and her partner, Triple H decided on keeping their children out of the public’s eyes.

Hence, Stephanie McMahon’s daughter is enjoying her childhood in privacy and growing up steadily.

Vaughn Evelyn Levesque is very interested in wrestling. While talking to The Straits Times, Stephanie revealed that she has had mock matches with her back in 2016 at home.

Stephanie’s youngest one is not the only one interested in wrestling in the family. Her older sister, Aurora Rose, is also a big fan of the WWE world. She even started her training to become one of the strongest and outshine her parents.

All three girls in the Levesque family have someone they can look up to as an inspiration and a super mom just like Stephanie did during her childhood, Linda McMahon.

Stephanie is excited about her daughter’s enthusiasm regarding WWE; however, she wants them to explore and acknowledge the boundless opportunities. She further wants Vaughn and her siblings to believe in themselves and be diligent.

Although Stephanie McMahon’s daughter, Vaughn, is away from the television, let’s hope to see her victorious and frequent in the future.

Vince McMahon‘s daughter, Stephanie McMahon Levesque is undoubtedly one of the most successful businesswomen, but she is also a loving wife to Triple H and a doting mother of three.

Let’s appreciate those who brought these beautiful children in the world, Stephanie and Peter Levesque. The pair were set up for the on-screen romance, but the scripted love blossomed into something more. Eventually, the couple shared their vows on 25 October 2003 at St. Teresa of Avila Church in New York.

Over the course, Vaughn Levesque’s parents progressed immensely as a CBO and business executive and extended their family. Despite having a hectic schedule, Stephanie is making sure her children eat healthily, and her business is intact. Furthermore, the pandemic might have allowed the Levesque family to spend more time together and sharpen their bond.

Vaughn is a Welsh name, which means small. Similarly, Evelyn says ‘wished for a child’ and is of English origin.