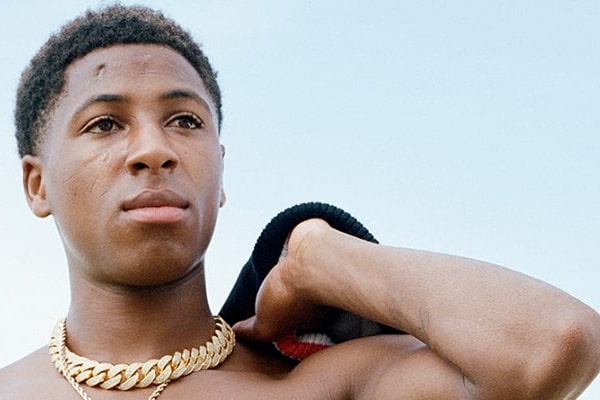 Kentrell DeSean Gaulden, a.k.a NBA YoungBoy, is an American rapper, singer, and songwriter. While NBA stands for “Never Broke Again,” the rapper has had major success in the 21st-century rap genre and as a hip-hop artist.

The rapper is not only known for his bangers like “Kacey Talk,” “Outside Today,” but he’s also a proud father of eight with one rumored to be on the way. YoungBoy’s babies are from multiple baby mamas, and one day, he dreams of living in a mansion with everyone, including all his children.

As mentioned above, let us go through all of NBA’s eight kids in a general manner below.

Kayden Gaulden was born on the 4th of July, 2016, making DeSean a father at sixteen. NBA YoungBoy’s firstborn with his ex-partner Nisha might be at the top of the hierarchy, but his father is seen treating every child of his equally.

NBA YoungBoy is always surrounded by his little ones more than his crew. The artist even feeds them and changes their diapers by himself.

“Wanna be the first to tell yah’ll. I officially found out baby K ain’t my kid. But for the man I am, I’m going to keep raising him like my own. I can’t lie It hurts to find the truth. But Life Goes On.”

Despite that, the nominee of the 2019 BET Hip Hop Awards has promised to support and raise Kamron and his mother, Starr Dejanee, financially.

Born on the 19th of March, 2017, Taylin Gaulden is NBA YounBoy’s son with baby mama Niya. After the “Kamron Incident,” the rapper did a DNA test, and unlike last time the results were positive.

Taylin aka Tay Tay’s parents might have parted ways but are on good terms due to their son. The rapper’s fans get to see Tay Tay often since he has appeared in his father’s rap videos. And for that too, NBA YoungBoy’s fans adore him a lot.

Born on July 6, 2017, as Kamiri Gaulden, the little one is also called K3. He is the son of NBA YoungBoy and his long-time partner Starr Dejanee who also is an entrepreneur. Kamiri’s parents dated each other for a couple of years which led Starr to give birth to two of NBA’s sons.

Kamiri is called K3 as he is the third biological son of Bandit singer.

NBA YoungBoy’s son with Jania Bania was born on February 13, 2019, one day before Valentine’s Day. Kacey Alexander Gaulden, the fourth son of YoungBoy, has been given a middle name, unlike his other children.

NBA YoungBoy’s daughter Armani Gaulden‘s details are very minimal, unlike his other babies. She is the first daughter of the rapper with his baby mama Nisha who also gave birth to his firstborn, Kayden.

We know that YoungBoy treats all of his babies with equal love but why Armani’s detail is kept discreet is what we do not know.

NBA YoungBoy finally had another baby girl after giving birth to a couple of boys in a row. Kodi Capri, born as recently as the 26th of November, 2020, was announced via Instagram. Kodi’s baby mama is Drea Symone, one of many girls that The Never Broke Again label star dated.

My name can never die long as he still living #haircutday ❤️❤️❤️

But apparently, things got even weirder when NBA YoungBoy was already expecting a baby with Iyanna Mayweather, the daughter of boxing legend Floyd “Money” Mayweather.

In continuation with the above paragraph, the “I Ain’t Scared” singer’s recent born is Kentrell Jr Gaulden. Young Kentrell is NBA’s son with Iyanna “YaYa” Mayweather, born on January 9th, 2021.

Yaya’s dad Floyd even shared his comments regarding their relationship when interviewed by Hollywood Unlocked in November of 2020. YaYa was even arrested after allegedly stabbing one of YoungBoy’s baby mama in April of 2020.

With him already fathering eight children in total, there are rumors that the American artist has another one on the way. DeSean might not be the ideal father but has always been there for his kids. As for his baby mama’s, they also have moved on and are doing fine both emotionally and financially.

We only wish the best to the uprising rapper and his extended family for the future regardless of what is to come.