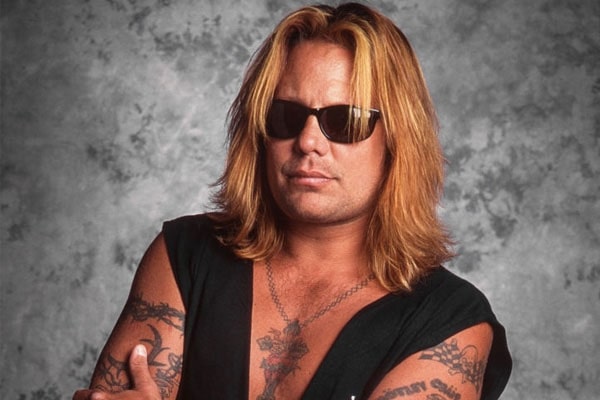 Motley Crue frontman, Vince Neil’s son, Neil Jason Wharton, was born on October 3, 1978. Neil is Vince’s firstborn with his curtained girlfriend, whom he met during the late 1970s. There are no details about her on social media. But Wharton made us a bit aware of his mother during the interview he took with Chronological Crue. We came to know that her name is Tami.

He revealed that they went to the same high school together, had been into a relationship for almost two or half years until his dad, Vince Neil met Beth Lynn. Neil stayed with both of them until his dad went for a band tour.

Since then, he was with his mum. He also has got two half-sisters named Elizabeth Ashley Wharton and Skylar Lynnae Neil. Now, getting back to Neil Jason, let’s know more about him.

Vince was born in October, and it was two years later that the Motley Crue band formed. So, Neil has been acquainted with music from an early age. You are likely to have an expectation that Neil may have followed his father’s music legacy.

Well, he plays guitar and other instruments, but he isn’t that much into reaching the level of his father. But when you take a glance at him, he resembles his dad. Even though his dad has been married to another woman and had children, Neil still shares a good relationship with his dad.

When Neil was small, he used to spend a lot of time with his dad when he came back from the tour. They would mostly play video games, on which Neil always won; in free time.

The dad and son usually spent time on recording stuff. They also used to go on hikes. It looks like there wasn’t a single day they have been missed to catch up something great together.

So, from all that, we can tell how much of a close relationship the father-son duo has. We hope their bond and connection never fade away but stays like how it has been forever.

When Neil was about eleven, his dad had done one movie, The Adventures of Ford Fairlane. He shared that he went on to see the films and movies but not premiers because it was quite uncomfortable for him to see him on-screen.

But when it comes to his dad’s concerts, Neil would probably be the first one to reach the line. He was like three when he began to visit Crue concerts such as Starwood, Whisky, Gazzarri’s. Whereas, when it is in Hollywood, he would never miss the chance to see his dad’s concerts.

Neil and his father almost look alike. In the video, Can’t Have Your Cake, Neil has portrayed his father’s role with Pamela Anderson. Even though he doesn’t portray enough enthusiasm to become a singer, he likes poetry and writes songs. According to Rolling Stone, he assembled Motley Crue to play Cruefests, shows in Los Angeles, and Cleveland in 2005.

Neil Jason Wharton And His Family

Vince Neil’s son has already settled down with his married life and is very low-key about his family. However, we got to know that he and his wife had a son named Trace in 2011. Neil seems to be very private when it comes to his wife and son.

Neil and his family are apparently living a very subtle life and are supposedly far away from the spotlight and media. Not more information about his family has been revealed yet. Nevertheless, he might be living a happy life with his beautiful wife and son.

Neil is the Gaelic origin meaning passionate. The name Jason came from the Greek, which means healer.