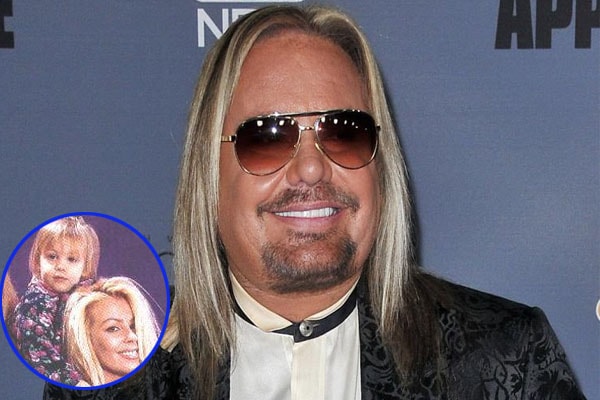 The lead vocalist of Motley Crue band, Vince Neil‘s daughter Skylar Lynnae Neil, was born on March 26, 1991. But the poor child passed away on August 15, 1995, due to cancer. She was diagnosed with a tumor, the kidney cancer that affects children. According to some source, it was reported that she stayed only for four months after hospitalization. Despite the fact, she was a beautiful daughter who was an apple of her dad’s eyes.

If the little Skylar was alive then she’d have grown into a beautiful woman by now. She has got two half-sisters named Elizabeth Ashley Wharton and Neil Jason Wharton and they are already married and have children.

After Skylar’s dad, Vince lost her within a short period of time, his life completely turned upside down. For almost two years, he ignored his band, family and friends. He threw himself into such a self-destructive phase that he even tried to commit suicide. The singer shared on a video that he wanted to die because it was the only way he could be with her. That particular year was the worst thing her father had ever to deal with. Skylar’s mother, Sharise Ruddell who was Vince’s soon-to-be-wife back then ended the relationship with him.

We don’t really believe in a miracle, but sometimes, it happens in real. Only a few people get the chance to encounter them. The same thing occurred with Vince Neil when he was going under severe trauma over the loss of his innocent child. In a YouTube video, Vince has revealed that his daughter, Skylar Lynnae visited him at night. She certainly must be feeling bad about her dad.

After few years, Vince released the song, “Skylar’s Song” as a single in tribute for his late daughter. The fund that he had collected was invested in helping cancer patients.

Skylar Neil’s Death Was  Due To Rocketdyne

When Skylar died, things didn’t end peacefully. Her family found out that radioactive material dumped in the soil and groundwater near Vince’s home caused Skylar’s death by cancer. Vince had sued Boeing North America Inc. The result claimed that her death came as a direct result from various activities taken by Rocketdyne which surprised the whole nation.

As all things must come to an end and as the time went by, Vince Neil moved on but he still has got the love for his little one.

The name Skylar is originated from Dutch. It could also be associated with German name Kyler which means “little warrior”. Lynnae has Scandinavian origins meaning “lime or linden tree”.