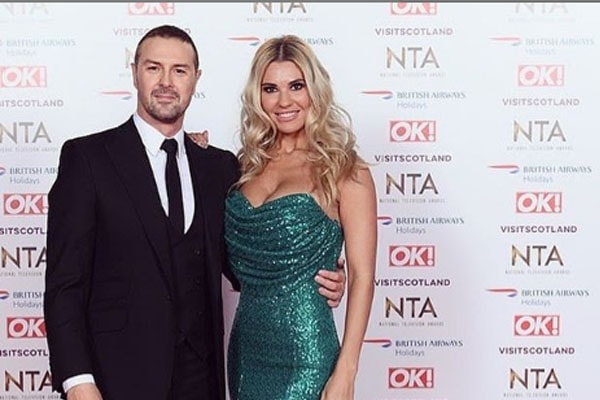 The English comedian Paddy McGuinness and Christine Martin married on July 4, 2011.  They welcomed their twin children Penelope and Leo in 2013. They were yet again blessed with another child Felicity in 2016.

Penelope Patricia and Leo Joseph, twin children of Paddy McGuinness, have autism. Their mother Christine shared when they first heard that the twins had autism, it turned their world upside down. Certainly, it is every parent’s nightmare to come to know that their children have a medical condition. But the McGuinness couple has overcome their fear, and they are fighting together with their autistic children Leo and Penelope.

Like Sarah Jessica Parker who keeps her twin children out of sight of the camera, Paddy and Christine also do not share any pictures of their children which shows their faces. The couple has not even made a public appearance with their children as Leo and Penelope favor to stay away from the crowd due to their condition.

Despite having autism, Penelope and Leo can be seen having fun doing different activities. Their lovely mother Christine always gives shout out to her children on her Instagram posts. Although she does not reveal the faces of the kids in the photos, she makes sure to update what her children are up to. From what we can get from her social media, Penelope and Leo are doing great.

Christine and Paddy have made their kids feel they are loved in every way possible. Parenting two children with autism is not easy. However, the couple has been compassionately raising their twin children Penelope and Leo along with their youngest one Felicity. We are sure that Leo and Penelope will make their parents proud when they grow up.