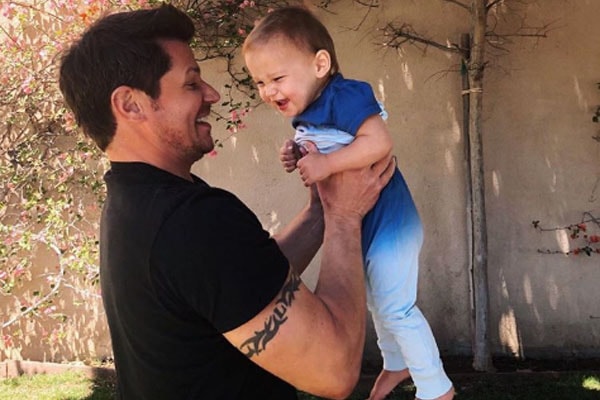 The American singer Nick Lachey‘s son Phoenix Robert Lachey was born on the 24th of December 2016. It was like Santa dropped the gift for the lovely couple of Lachey and his wife Vanessa Minnillo as the baby was delivered on Christmas Eve.

Phoenix Robert Lachey is the youngest amongst three siblings. He has got an elder brother named Camden John Lachey and an elder sister named Brooklyn Elisabeth Lachey.

It was troublesome for Nick Lachey and his wife Vanessa Minnillo as their third child Phoenix Robert Lachey was born prematurely. The model Vanessa Lachey was just 29 weeks pregnant when suddenly her water broke in December of 2016. Vanessa had to go through emergency surgery to deliver her child.

#sponsored I know first-hand how important it is to #preventRSV, which is why I’m working with @AstraZenecaUS to help educate parents about RSV disease. Learn more: https://t.co/Amrlm5NUwj pic.twitter.com/L2VSURIaTx

After the delivery was successful, Nick Lachey’s son Phoenix Robert Lachey had to spend six weeks in the Neonatal Intensive Care Unit (NICU). During that anxious moment, Nick stated that he never felt so helpless as there was nothing he could do. In the end, everything went fine. Now Phoenix is a healthy growing baby. During one auspicious occasion of mother’s day, Vanessa uploaded a photo of her youngest stating how special he is and how he completes their family.

Every parent loves their all children equally. But Phoenix Robert being the youngest, we bet not just Nick and Vanessa but his elder siblings Camden and Brooklyn must also adore him a lot. According to Nick, his smallest child Phoenix Robert has a contagious smile.

Despite having a busy schedule of Nick, the family of five tend to spend a lot of time together.

Some Facts About Phoenix Robert Lachey

The name Phoenix is a type of bird immortalized in Egyptian and Greek mythology who has the ability to resurrect from its ashes.

As for the name Robert, it is derived from the Germanic name Hrodebert which means “bright fame.”