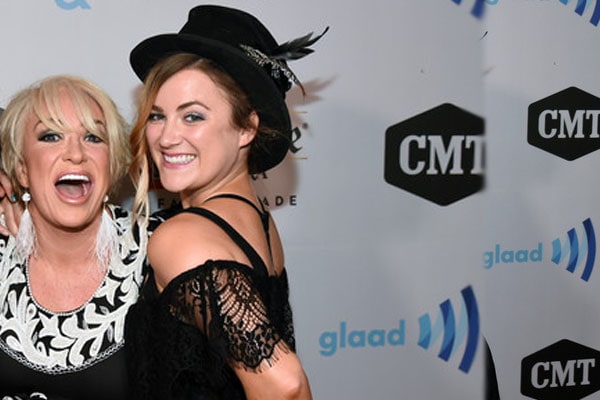 Presley Tanita Tucker, Tanya Tucker‘s daughter together with her ex-partner Ben Reed was born on the 5th of July 1989. Tanita’s parents, Tanya and Ben, dated for a while, but things turned out differently and the exes got separated.

Additionally, Presley has a younger sibling brother named Beau Grayson Tucker, born in the year 1991. Including Beau, she has a younger half-sibling sister named Layla LaCosta Laseter born in 1999.

The gorgeous Presley Tanita Tucker, daughter of the legendary country music artist, Tanya Tucker followed on her mother’s footsteps all along. Presley is a singer by profession. Although she has yet a lot to reach her mother’s position, the 30-years-old is trying her best and has a long way to cover. Presley has even released a track of her own which is available on iTunes, Apple Music.

Also, Presley is in a band with Spencer Bartoletti titled Reverie Lane. She also has a Twitter account with almost 1K followers as of 2019. Presley with her band has released multiple songs including Different Meaning.

The band has released it on a Youtube channel titled Liveatizzys, the channel featuring the best up-and-coming musical talent out of Nashville, TN. Well, Presley’s mother couldn’t be more proud of her daughter.

As for people who might not know who Tanya Tucker is, well, Presley Tanita Tucker’s mother, born on the 10th of October 1958, is an American country music artist best known for her hit album Delta Dawn. The singer had the very hit song in 1972 just at the age of 13.

Not only professionally, the mother and daughter have attached but also the two share very close bonds with each other. Including her mother, Presley is also exceptionally close to her two junior siblings. Occasionally, they all attend annual functions, movie premieres, and celebrity gatherings.

Clearly, the cute family seems undoubtedly happy in the pictures. It simply reflects their bond and understanding for one another.

Presley is a female name of English origin meaning “priest’s meadow.” Whereas, her middle name Tanita provides the meaning of “honorable.”