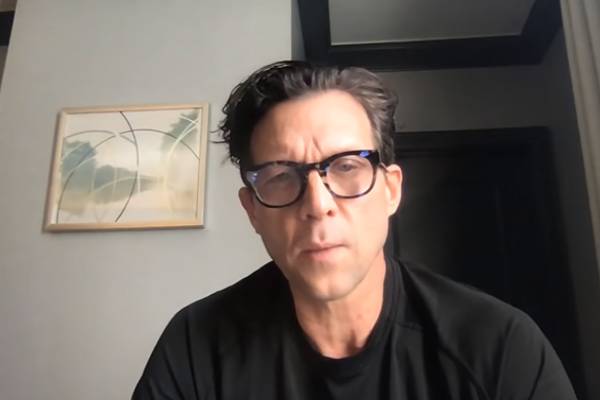 Quin Price Snyder, professionally known as Quin Snyder, is an American basketball coach who is now serving as the head coach of the NBA team Utah Jazz. Quin’s career advanced when he joined the University of Missouri in 1999 as the head coach. Eventually, he served Austin Toros, Philadelphia 76ers, Los Angeles Lakers, CSKA Moscow, and Atlanta Hawks.

Quin has been active in the league since 1992. In addition, he has been married twice and is a doting father to his kids. For about seven years, the coach was married to his ex-wife, Helen Redwine. However, he is now happily married to Amy Snyder.

Thus, in today’s article, let’s get to know how Quin Snyder’s children have grown up and what they are doing now.

As mentioned earlier, the coach has been married twice. The coach entered into the parenthood when he and his ex-wife, Helen, welcomed their first child, Owen Snyder, in 2002.

Apart from Owen, the coach welcomed other four children with his current wife, Amy Snyder. They are Anika Snyder, Wyatt Snyder, Madeleine Snyder, and Tristan Snyder.

All of Quin Snyder’s children have grown up together and must share a close sibling bond with each other.

Owen Was Just Four When His Parents Divorced

After Quin Snyder’s son Owen was born, the things between him and his then-wife started falling apart. Their child was the only reason for them to hold their relationship. Later, the ex-pair officially parted ways in 2006 but remained in a friendly relationship so that their beloved son doesn’t feel strange about their decision.

Although Owen Snyder was born to busy parents, his father and mother spent a lot of time with him. After the stint at Missouri, Owen’s father took a year off from his coaching career and spent the time re-examining himself and building a solid relationship with his son.

Furthermore, the former Snyder couple’s son has grown up to be an amazing adult. Owen lives a very private life and focuses on his life and goals. Who knows, he might have also inherited the love for sports. However, let’s hope he will soon come at ease to open up.

Quin Snyder’s Children Spend A Quality Time With Him

Anika Snyder was born in the early 2010s as the eldest child to Quin and Amy Snyder. She is also the first daughter of her father. Likewise, Quin Synder’s son, Wyatt Snyder, was born in 2012 as the second kid.

Besides, the head coach and his wife Amy are blessed with two other children. Madeleine Snyder was born in 2014, while Tristan Snyder was born as the youngest Snyder in the late 2010s.

As her parents’ first daughter, Anika must have received all the love and attention she needed as a child. Moreover, the Utah Jazz coach and his wife are very focused on their family.

Moreover, Quin Snyder’s children seem to have spent some well-needed quality time during the quarantine with him and his wife, Amy. That was undoubtedly an excellent opportunity for every busy parent to make unforgettable memories with their kids.

During the COVID pandemic, Quin Synder’s daughter, Anika, also took advantage of her free time and learned to play chess with him. In an interview with KSL Sports, the head coach also mentioned he had wanted to teach Anika and Wyatt how to play chess for a long time. He even added he became his kids’ favorite teacher during that period.

Owen’s name is derived from the Greek word, Eugenios. The meaning of the name is Well Born.

Anika is a girl name derived from the Sanskrit word Aneek which means the A Group, Mass, or Army. The name Anika means Graceful, Brilliant, and Sweet-faced.

Wyatt is of Old English or French origin, which means A Little Warrior.

Madeleine is a name of Greek origin with the meaning A Woman from Magdala. On the other hand, Magdala means an ancient Jewish city on the shore of the sea.

Tristan is a word of Latin and Celtic origin that means Noise.