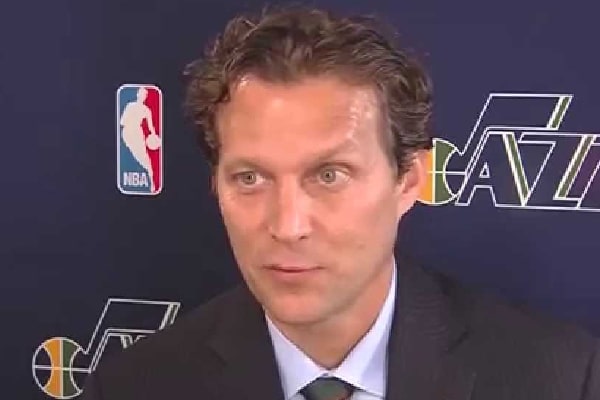 Quin Snyder's Wife Amy Snyder is a co-founder of an organization and a doting mother of three. Image Source: Social Media.

Utah Jazz’s favorite coach, Quin Snyder, is one of the most respected coaches in NBA history. Loved by players, fans, and former colleagues, Quin has been working with the Jazz since 2014 and accumulated at least 271 wins altogether.

Along with a thriving career, Quin is blissfully married to his wife, Amy Snyder. The Snyder duo has been married since 2010 and has welcomed three children to date. Moreover, we know pretty much everything about Snyder’s career, but there’s very little about his wife.

Therefore, here’s everything you need to know about Quin Snyder’s wife, Amy Snyder, and her whereabouts.

A Co-founder Of PEER International

Quin Snyder’s wife, Amy Snyder, rose to fame as his beau. However, there is more to Amy than being Mrs. Snyder, who deserves the spotlight in her own right. The scholarly woman graduated from the University of Florida with a bachelor’s degree in Behavioral Analysis.

Moreover, Amy holds an M.A. in Special Education at the University of Washington while achieved her Ph.D. in Learning Disabilities and Behavior Disorder from the University of Texas in Austin. Moreover, Quin Snyder’s partner, Amy, is a co-founder of PEER and currently serves as the director of Curriculum Design and Evaluation since April 2006.

Moreover, Quin Snyder’s wife, Amy Snyder, was awarded a Fulbright Research Grant, which allowed her to assess the advanced instructional technologies. She further accepted a full-time teaching position at Morningside’s laboratory school in Seattle during the 2000s.

The philanthropic works of Mrs. Snyder are quite impressive, and the righteous life the Snyder couple has been living is unimaginable. Therefore, let’s get into their marriage a little.

Aforementioned, the Snyder couple is living a decent life since 2010. Although there’s not much on the couple’s love story and how Mrs. Snyder met her husband, the couple has an impeccable bond.

The beautiful couple shared vows in 2010 and has been in love since then. Moreover, Snyder’s spouse, Amy, is a massive supporter. She saw Quin’s downfall and as he discovered his passion for the coach. Besides working on their marriage, the couple also stands up for the social cause.

Before Amy, her husband, Quin, was married to Helen Redwine in 1999. Unfortunately, the couple parted way after seven years into marriage in 2006 and a baby.

On reflection, Quin Snyder and Amy Snyder have been married for over a decade and are still passionate about one another. Therefore, let’s know more about the parents of three kids.

ALSO READ: George Karl’s Ex-wife Cathy Cramer, Has Got 2 Children With Her

The secretive couple has kept their relationship confidential. Moreover, they do not have social media to show their love to their fans. Despite all the seclusion, the couple is a proud parent of three.

Quin Snyder’s children are secluded from public scrutiny; therefore, they aren’t in the public domain. However, they do appear at several social events. Quin is pretty close to his babies, who has fathered a son, Owen Snyder, from his first marriage with Helen Redwine.

Being famous gives their fans a ticket to their lives; therefore, it’s understandable for Quin and Amy to choose privacy. Thus, while respecting Quin and Amy’s privacy, let’s hope to hear more of the Quin family in the coming days.