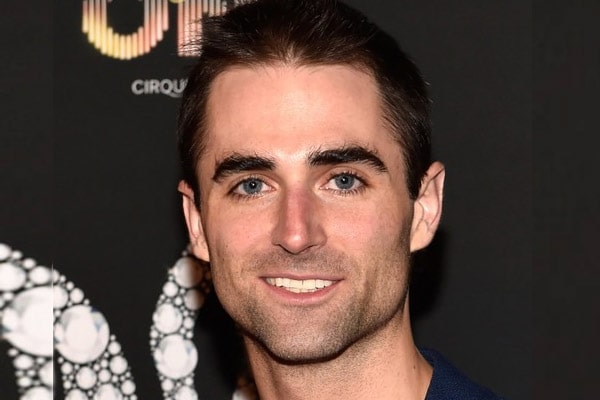 Liza Todd is famous for being the daughter of the legendary English-American actress, Elizabeth Taylor, with her third husband, Mike Todd. Unlike her celebrated mom, Liza chose a profession other than acting. She pursued a creative career. After finishing her studies in 1979 from the Otis Institute in LA, Liza began her career as a sculptor.

Currently, the daughter of Oscar-winning actor Mike Todd, Liza, lives a peaceful life away from the spotlight on her fifty-five acres of lush Hudson Valley woodland. Liza, the lover of animals and arts, is a mother to two gorgeous sons, Quinn Tivey and Rhys Tivey, from her marriage with artist Hap Tivey.

Here, meet Liza Todd’s son, Quinn Tivey, who is also in the entertainment industry like his grandma, and get to know more about him.

The lover of arts and animals, Liza Todd, tied her marital knot with the teacher and artist Hap Tivey in 1984. Together, Liza and Hap welcomed their first child, a son, Quinn Tivey, in 1986.

As a teenager, Liza Todd’s son, Quinn, was a server at the Hudson Valley steak house The Quarry. He also worked as a busboy for some period during his early teenage days. Furthermore, he studied film at the University of South California. Later, Quinn completed his MFA from the School of Visual Arts.

The New-York based artist, Quinn, also has a younger brother named Rhys Tivey. His parents welcomed him five years after his birth in 1991. Currently, Quinn’s brother has established himself as a musical artist specified in jazz music. Both Quinn and his brother, Rhys, do have art flowing in their bloodstream.

Over a decade after Quinn’s birth and his brother, Ryan, their parents, Liza, and Hap divorced in 2003. However, they remained good friends and still resides near each other in New York.

Known For His Work In Several Films

Quinn Tivey comes from a family with famous actors and actresses. His grandma, Elizabeth, was one of the most popular classical actresses of the 1950s, whereas his grandfather was also the award-winning actor. Being an offspring of such famed Hollywood Icons, the acting bug did not leave Quinn unbitten too. He also showed his acting skills in several movies.

The movies in which Quinn Tivey worked are What’s Your Number?, The Company Men, and A Special Relationship. Besides, he might have appeared in other unrecorded films too.

Though the Hollywood Icon, Elizabeth Taylor, passed away several years ago in 2011, her four children and ten grandchildren carried on her legacy differently. Moreover, her granddaughters and grandsons have inherited her philanthropic traits.

The grandson of Late Dame Elizabeth, Quinn, is one of the ambassadors for the Elizabeth Taylor AIDS Foundation, founded by his grandma in 1991. The Foundation’s mission is to assist the most vulnerable populations affected by HIV/AIDS. Moreover, the members raise awareness to decrease the rate of discrimination and social issues concerning HIV.

As an ambassador, Quinn works to raise awareness by participating in several national and international conferences and initiatives. Quinn’s primary focus is to create concern among his peers, baffled that they don’t take the epidemic seriously.

Besides being an ambassador and the officer of ETAF, Liza Todd’s son, Quinn, is also a co-trustee of Elizabeth Taylor Trust and estate, collectively known as the House of Taylor.

Liza Todd’s son, Quinn Tivey, inherited the violet eyes of his grandma, Elizabeth. With his flaunting eyes and dashing figure, he might have lured hundreds of young and beautiful bachelorettes. However, there are no updates yet about jaunty Quinn linked in any love affairs.

As the thirty-four years old Quinn is not known to have any girlfriends to date, people suspect his sexuality. His fans and well-wishers might be wondering if Quinn is gay. However, Quinn has not commented on anything on this topic.

Probably, Liza Todd’s eldest son, Quinn, is too busy giving continuity to his grandma’s mission and focused on his career that he might not have time for dating. Or there might be other private reasons. So, it’s better to stay quiet till Quinn opens up about this topic to the public himself.

The masculine name Quinn’s meaning is descendent of conn.