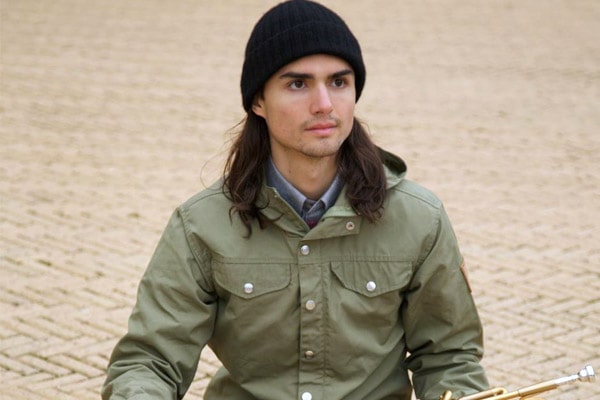 Liza Todd is the daughter of the late queen of classical Hollywood cinema, Elizabeth Taylor, and movie producer Mike Todd. After growing up under Hollywood’s brightest limelight, Liza chose a quiet life near Hudson, New York. There, she established herself as a professional sculptor. Moreover, Liza is also an avid lover of animals.

One of the four children of Elizabeth Taylor, Liza, is a mother to two gorgeous sons with her former husband, Hap Tivey. And the interesting thing is her sons are also in the American Entertainment Field like their grandparents.

Today, Let’s indulge yourself in one of Liza Todd’s sons with Hap Tivey, Rhys Tivey and know him better.

Grew Up In A Small Horse Farm

The very private daughter of Mike Todd, Liza Todd, married the artist Hap Tivey in 1984. However, various unrevealed issues created cracks in their marital relationship. As a result, they could not hold on their bonding for long and divorced in 2003.

During the togetherness of Liza and Hap Tivey, they welcomed their two sons, Quinn Tivey and Rhys Tivey, together. Liza gave birth to her first son, Quinn Tivey, in 1989 and then her second son, Rhys, in 1991. Later, after their divorce, they shared the custody of their sons.

Although Rhys’ grandmother was a multi-millionaire and a popular figure, his mother, Liza, never cashed in on her parents’ fame. She decided to live an everyday life away from the spotlight and kept Rhys and Quinn behind the camera.

Rhys and his brother, Quinn, grew up in fifty-acres of Lush Hudson Valley woodland in a quaint brick farmhouse surrounded by pet animals and their arts. Moreover, in his teenage days, he used to play jazz and orchestral music as a trumpeter.

After completing high school, Rhys enrolled in the New York University, Steinhardt School of Culture, Education, and Human Development. From there, he graduated with a Bachelor of Music in Jazz Performance. Then, Ryan continued to flourish in his career as a jazz musician.

A Jazz Trumpeter, Vocalist, And Songwriter

Rhys’ grandparents, Elizabeth and Mike, were award-winning Hollywood Icons of their time. Moreover, his parents, Liza and Hap, are also professional visual artists. And the same blood filled with art and musical talent flows in the bloodstream of Liza Todd’s son, Rhys Tivey.

With lots of practice and inspiration from earlier musical influence days, Rhys has developed himself as a professional vocalist and songwriter in the present. And more specifically, Rhys is a jazz trumpeter. Back in 2011, at his grandma’s funeral, he played a rendition of ‘Amazing Grace’ on his trumpet.

Furthermore, Rhys is performing in LA and NYC as a trumpeter and vocalist for several years. To date, he has recorded numerous original songs with Carter Lee, Mike Haldeman, Dillon Treacy. Mike Tierney and Alex DeTurk. With all the experiences working for such award-winning singers, Rhys recently released his first album ‘Unsteady’ in June 2020.

Besides, as a vegan and a proponent of fighting climate change, Rhys volunteers for Citizens Climate Lobby. His activism does not end there as he also teaches music and yoga to middle school children from Brooklyn to Manhattan to the Bronx.

The masculine name Rhys originated from Welsh. It’s meaning is passion and enthusiasm.