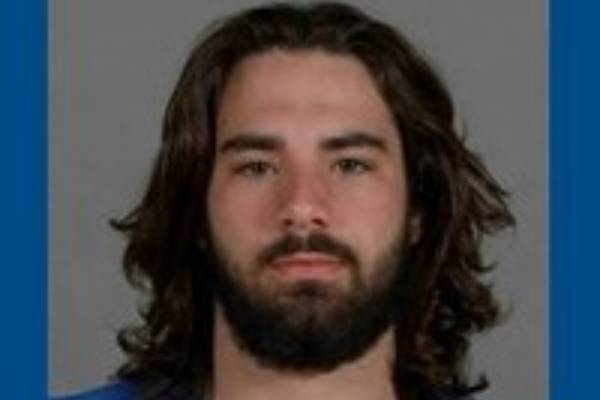 Richie Bisaccia is the only son of his parents, Rich Bisaccia and Jeanne Bisaccia. Image Source: Richie's LinkedIn.

Rich Bisaccia is a well-known figure in the National Football League (NFL). In fact, he is the present interim coach of the Las Vegas Raiders. The 61-year-old New Yorker played as a defenseman back at Yankton College. He graduated with a degree in Bachelor of Science in Physical Education from Wayne State.

After completing his bachelor’s, Rich joined the Wayne State coaching staff as a defensive back coach. Since then, he has coached different prominent colleges like Clemson and the University of Mississippi.

Moreover, Rich’s NFL career began with the Tampa Bay Buccaneers serving as their team coordinator in 2002. Bisaccia was promoted as the assistant head coach in 2009. Since then, Rich has gone on to work with the Los Angeles Chargers, Dallas Cowboys, and his current employer Las Vegas Raiders.

Besides football, Rich has been married to his beautiful wife Jeanne Bisaccia since 1984. The couple’s marriage has been admired and loved by their fans worldwide. In addition, the couple has welcomed three daughters and a son. Similarly, their only son Richie Bisaccia also used to play college football.

So, what is Richie doing currently, and is he into NFL? Hence, in this article, let’s learn more about Rich Bisaccia’s son Richie Bisaccia.

Only Son Of His Parents

Richie Bisaccia, whose full name is Richard Oakley Bisaccia, was born on 21st July 1994  in Florida, United States. Richie is the youngest child of his family and is also Rich and Jeanne’s only son. He has three sisters, and they are all older than him.

Substantially, Richie Bisaccia’s three sisters enjoy their life away from football and the spotlight. Furthermore, they are all married and have already welcomed children. Unlike his son, Rich Bisaccia’s daughters work outside of the NFL or footballing world.

However, Richie seemed to have developed an interest in the game at a tender age. As a result, he has followed in his dad, Rich’s footsteps, and played football from high school.

Also Read: Know How Kate Blanchett’s Son Is Growing Up

Rich Bisaccia’s son Richie Bisaccia went to Middle Tennessee State University. Richie was part of the Tennessee football program playing for the Middle Tennessee Blue Raiders during his time there. He played as a defensive back for the team from 2013 to 2017. He was active on the main roster for four seasons.

Richie’s most highlighted season with the Raiders was in 2015, where he played in four games. In a win over North Texas during the season, Richie registered three stops. Followingly, he had an incredible performance in a win over Jackson State. Before 2015, Richie didn’t play any games for the Raiders. However, he did take a redshirt year in 2013.

Unfortunately, Rich Bisaccia’s youngest child Richie Bisaccia didn’t appear for the Raiders in the following seasons but was still named on the team’s official website roster. Nonetheless, we can still look up at the old roster and find Richie on the season roster from 2013 to 2017.

Rich Bisaccia’s Son Is Currently Seeking For A Job

Despite playing for the Middle Tennessee Blue Raiders for several years, Richie did not manage to impress many people or grab attention from any NFL team. His stint as a Blue Raider might not have gone how Richie wanted it. In addition, he is looking into coaching after trying out as a player.

At 27, Richie is actively searching for a new job, according to his LinkedIn profile. The six-foot feet tall player who used to play as a defensive back has announced himself open to begin a new chapter in his life. He is interested in working outdoors within the leisure industry. So it won’t come up as a surprise if Rich Bisaccia’s son follows in his footsteps into coaching someday.

Well, we hope Richie can find a new suiting job as soon as possible. We wish him all the best to follow in Rich Bisaccia’s footsteps and become a coach.