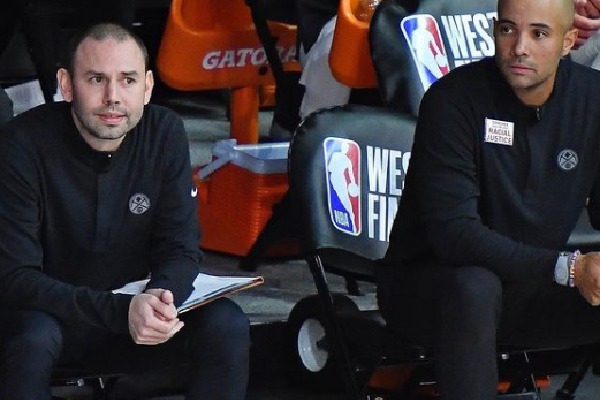 Rick Adelman is an NBA veteran. Adelman left the basketball scene after more than four decades of contribution. Currently, Rick is living his retirement with his family. His major fame came after coaching Portland Trail Blazers for more than a decade. He is one of only a few coaches who have reached a landmark of 1000 wins as the head coach.

Rick’s passion for the game was subliminal as it was also passed down to his children. Rick is married to his wife, Mary Kay Adelman, and has three children Kathryn Adelman Naro, R.J. Adelman, and David Adelman.

All of his children were passed down the love for basketball, but today we will be talking about only one of them, Rick Adelman’s son David Adelman.

David Adelman followed in his father’s footsteps like his elder sister Kathryn into basketball. David’s coaching career began after he was hired to serve under his father at Minnesota Timberwolves. David took on the role of a player development coach for two seasons. But soon got promoted to assistant coach. He also served as the Timberwolves head coach for the summer league.

Rick Adelman’s son David was soon grabbing the attention of other teams as well. He joined the young Nuggets team in 2017 that was the onset of development, so he was the best for them. With his father’s guidance, David was soon to adapt to NBA life and made a pretty good career for himself. Let’s hope we see him achieve the same success his father did.

David Adelman was not the only child of Rick Adelman, who was charged and got arrested for DUI. David Adelman’s sister Kathryn was also convicted of DUI twice. For better or worse, David was arrested twice for driving under the influence after he was reported by an investigator hired by the parents of one of the Lincoln players. David Adelman retained his head coaching position, unlike his sister, who was fired after the incident.

The Adelman children have a history of behavior which have somewhat improved over the years. David’s new coaching position has helped him get back from the bad days. Likewise, David’s sister Kathryn also got back to basketball as the head coach of the girls’ program at Beaverton High School.

On Tracks Of Becoming A Head Coach

David has now spent almost a decade as the assistant coach. The pressure of being the coach’s son can get to you in many instances, but Rick Adelman’s son David hasn’t succumbed to the pressure. He is looking at his experiences as part of the good luck that has translated into his career. With enough experience under his sleeve, David may very soon take on the role of a head coach.

David already has a wonderful mentor in terms of his father, and with his garnered experience from the league, he is set for the long run. Let’s hope we get to see him take on the main role and guide whichever NBA team he takes to glory.

Married To A Former Soccer Player

David Adelman is married to a former soccer player at Barlow High. David married his wife almost a decade ago. The couple has two children a son, L.J. Adelman, and a daughter, Lennan Adelman. As the family has to go along with the NBA’s extensive travels it can get really difficult at times. According to David, it is really hard for him to balance work and family.

Needless to say, David is trying his best to spend time with his family. David’s head coaches and the family has really been understanding in instances he has to choose one or the other. His older son L.J. is also at an age when he understands his father’s job. Let’s hope we get to see this bond like this forever.

May his soul Rest in Peace.

David is a common masculine name of Hebrew origin, which has the meaning ‘beloved.’