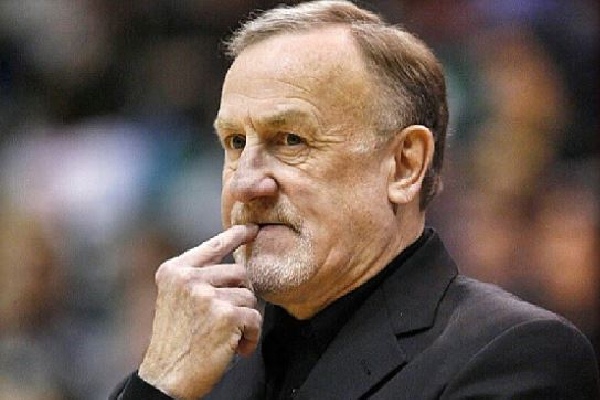 Rick is married to his wife Mary since 1973. Image Source: Social Media.

Rick Adelman is an American retired basketball coach and a former player. Rick spent more than four decades in the NBA before retiring in 2014. During his prolific career, Rick coached the teams like Portland Trail Blazers and Golden State Warriors. He even won the position of all-star game’s head coach for three years.

Although Rick’s personal life is nothing short of ups and downs, it is often overlooked by his professional life. Rick is married to his wife, Mary Kay Adelman, for nearly five decades. The couple has been through some great times to rough times together. Rick’s retirement from coaching came as a surprise for many, but it was a well-thought decision after his wife’s health problems. Let’s get to know what was Rick Adelman’s wife Mary’s health issue.

Rick Adelman confirmed on January 29, 2013, that his wife Mary Kay Adelman was dealing with seizures. Adelman had to be away from the team for 11 games in January after his wife had health issues. Rick initially decided to keep the issue to himself, but at Mary’s request, Rick revealed the specific details. Although Mary’s troubles were with seizures, doctors had no idea what was causing it. She was admitted to a Twin Cities-area hospital. Adelman had this to say after the incident.

For better or worse, Adelman decided to end his career after the 2013/14 season. While the basketball fans will surely miss him, it is probably the best for his family and wife to spend more time with her. After all, the Adelman couple has been together for so long, and everyone wants to see them holding each other’s hands for many more years to come. There has not been an update on Mary’s health, but we hope that she had a speedy recovery.

Married For More Than Four Decades

Rick Adelman and his wife have been married for more than four decades. During this long journey, the couple has been through a lot. From Rick’s playing days to his coaching days, they have been through all. While most people have divorced and married more than once in Rick’s field, Mary and Rick have been together since the beginning.

The couple has been an example for others on how to love unconditionally. During Mary’s seizures, Rick was also in emotional distress. He even took some time off his precious basketball to be with his wife when she needed him the most. Rick and Mary’s love story is one of few that will go down in the history books. Now, after retirement, Rick is making sure that he spends enough time with his wife and family.

Mary Shared A Special Moment With Rick After His 1000th Win

Rick Adelman is one of only a few coaches in NBA history who has reached a landmark of 1000 wins. Rick’s Timberwolves won an exciting match against Detroit Pistons as the team was motivated to give Adelman his deserved 1000 wins. About six seconds were left on the clock as Rick Adelman’s wife Mary stepped up from her seat, reached the court, and gave her husband of 40-plus years a hug and kisses.

With a jubilant crowd of more than 15,000, this was a special moment for the couple. Although Mary was still treated for her condition, she chose to be there for her husband in his special moment. The couple’s effortless love for each other is exemplary, and we, as fans, will hope to see them like this for eternity.

Mary Is A Mother Of Three

Rick and Mary are parents to three children who have already grown up wonderfully. They have brought up 3 kids, including one daughter Kathryn Adelman Naro and two sons: R.J. Adelman and David Adelman. All of them followed in their father’s footsteps. Kathryn coached Jesuit High’s team for more than a decade, while R.J and David coach the Lincoln Boys and Denver Nuggets respectively.

All of them have grown up and had a family of themselves. During Rick Adelman’s wife Mary’s difficult times, the children were also there for her. Mary’s unaltered love for her family and vice-versa has made it easier for her to deal with the health issues.