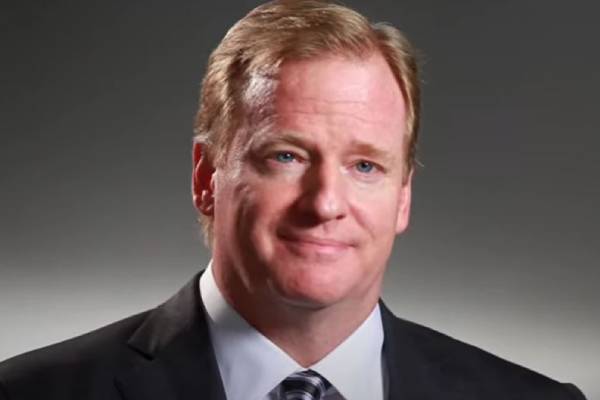 Roger Stokoe Goodell, also known as Roger Goodell, is a well-known name in the National Football League (NFL). He is a businessman from Jamestown, New York, USA, who currently serves as the Commissioner of the NFL. He is often considered one of the most influential people in sports. Goodell has earned significant fame and fortune in his professional career.

Despite being known worldwide, Roger keeps his personal life private. He rarely mentions his marital life and kids in the media. Moreover, his daughters have remained so far from the media scrutiny that their face and name has not been revealed yet. Thus, in this article, let’s learn in detail about Roger Goodell’s children and their whereabouts.

The famous NFL commissioner, Roger Goodell, is a doting father of twin daughters, whom he welcomed with his wife, Jane Skinner. The couple had exchanged the vows on October 25, 1997. Since then, the married duo has remained together, and their marital life is still going strong. However, they have kept their marriage under the wraps.

It has been over two decades since Roger and Jane tied the knot, and in all these years of togetherness, they gave birth to twin daughters. While it is known that the Goodell kids were born in 2001, other information besides that has not been revealed yet. Nevertheless, they must have had a wonderful time growing up together.

Roger has managed to keep his personal life so private that even his kids have become the same. They remain away from the limelight, and as mentioned above, very little is known about them. However, in 2018, Roger Goodell’s children made headlines when he was seen on a tour of Elon University in North Carolina. The Goodell family was seen together on the campus, and he later revealed that one of his daughters had an interest in the school.

Moreover, the kids’ cousin too attended the university and graduated in 2016. While talking with the Elon News Network, their dad revealed that they were good students, unlike him. He also spoke about the university’s football program and mentioned that it has a great and impressive football program.

Besides that, it has not been revealed what course they study and their career plans. Nevertheless, the twins must be doing great in their academics.

Seeing their dad involved in the sports world, the Goodell sisters must have been interested in sports from an early age. In 2016, while talking with USA Today, the twins’ mother, Jane, revealed that they are athletic. She mentioned that the girls play both individual and team sports. Moreover, they play several sports, including soccer, lacrosse, track, and tennis.

Furthermore, their mom also said that they have been both on losing and winning teams. Other than that, it has not been revealed if they would pursue sports as their full-time profession. But, let’s hope Roger Goodell’s daughters achieve significant success in any field they choose.

Roger also surprised everyone by showing up at HBCU national championship to show love and support towards his nephew Charlton. In many interviews, Goodell greatly appreciated his brother’s adopted son.

Have Been Away From The Limelight

Roger Goodell’s children have gained fame and prominence because of their dad’s name. But, they seem to be secretive like their dad. They have rarely made an appearance in the media. Moreover, they do not have any active social media accounts or could have probably kept their identity hidden.

In addition, Roger’s daughters have not revealed their faces in the media. Nevertheless, they must be in good health and must be doing great in their life. Let’s hope Roger’s kids have a successful life ahead.