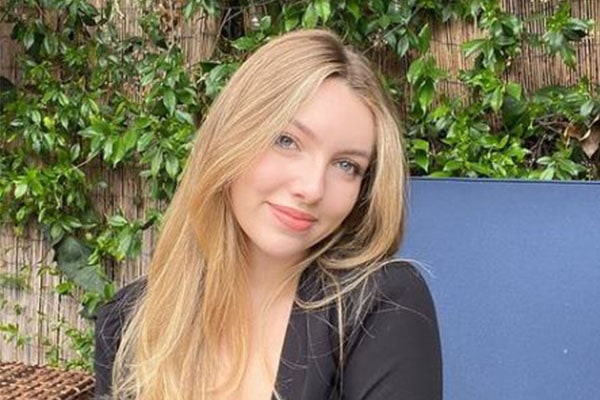 Pamela Colleen Springsteen, aka Pamela Springsteen, is an actress and photographer from America. Despite the acting career of a brief time, she has gained considerable fame through her work. Her role of serial killer Angela Baker in an American slasher film Sleepaway Camp II: Unhappy Campers and Sleepaway Camp III: Teenage Wasteland, has helped her gain fame and recognition. She left her acting career and pursued photography, and now she is a successful photographer in Los Angeles.

Pamela Springsteen is one of the successful personalities. Apart from her work, she has gained fame as the younger sister of famous American singer Bruce Springsteen. She is a doting mother of her daughter Ruby Grace Roth and a loving partner of filmmaker Bobby Roth. So, here let’s learn more about Ruby Roth, Pamela Springsteen’s kid with Bobby Roth.

Pamela Springsteen’s Daughter Is Their Only Child

Pamela Springsteen shares a blissful marital life with the filmmaker Bobby Roth. They met in 1993 and began their relationship. Before meeting Bobby, she was briefly engaged to Sean Penn, who was her co-star in Fast Times at Ridgemont High. After dating each other for nine years, in 2002, Pamela and Bobby exchanged vows.

The same year they got married, Pamela gave birth to their daughter, Ruby Grace Roth, on July, 2002. Ruby is in her late teens, and she is doing great for herself. Ruby’s parents raised her with great love and care.

Aforementioned, Pamela and Bobby, who have been married since 2002, have a daughter together. Horse riding has always been a favorite sport in the Springsteen family. Even Bruce Springsteen and Patti Scialfa‘s daughter Jessica Springsteen is an equestrian. She recently won a silver medal in team jumping in the ongoing Tokyo Olympics 2020.

Just like her cousin, Ruby also seems to be interested in horse riding. Ruby’s mother posted an Instagram post of Ruby riding a horse. She also mentioned that she rode in her first horse show on May 18, 2015.

However, due to Ruby’s secretive nature, it is unknown if she still participates in different shows and contests or not. Even if she is an equestrian, let’s hope that she achieves significant success. And maybe, she will follow in Jessica’s footsteps and win a Olympic medal in the coming days.

As mentioned before, Ruby Roth is the only child of her parents, who are the famous personalities of Hollywood. Ruby’s mom, Pamela Springsteen, is an actress and a photographer. She has acted in various series and movies over her brief acting career and now has established herself as one of the successful photographers. Furthermore, Ruby’s dad is the well-known movie director of Hollywood. He has worked as a director in more than dozens of movies and series.

Similarly, Ruby has a half-brother, Nick Roth, who is also a screenwriter and an actor. As stated earlier, Pamela Springsteen is the younger sister of Bruce Springsteen, a famous singer and songwriter from America. He is also the leader of the famous American rock band E Street band. Similarly, Bruce Springsteen’s wife Patti Scialfa is also a singer, guitarist, and songwriter. She is also a member of the rock band E Street band. Furthermore, her other cousin, Evan Springsteen, is also involved in music and is often seen giving power performances with his parents.

However, Ruby’s other cousin, Sam Springsteen, seems to have chosen a different profession than his parents and family members. Sam is officially a Jersey City firefighter. Nevertheless, he is doing great professionally and personally.

As of 2021, it’s been 19 years since Pamela Springsteen and Bobby Roth tied the knot. In their marriage of 19 years, the lovely pair welcomed only a daughter. Although Ruby Roth is the only child of Pamela Springsteen with Bobby Roth, she is not the first child of Bobby. Before tying the knot with Pamela, he was in a relationship with Leslie Tobin Bacon, with whom he has a son named Nicholas Roth (or Nick Roth).

Ruby Roth’s half-brother is also a famous American actor and screenwriter. He has acted in more than dozens of movies and series. Apart from acting, he has worked as a writer in various projects which were critically acclaimed and have gotten good reviews.

Ruby has come into prominence due to her celebrity parents and relatives. Due to her secretive nature, her profession is unknown. But who knows, she might also get involved in the Hollywood industry just like her parents.

Nevertheless, Ruby lives a happy and comfortable life with her family and is enjoying her time.