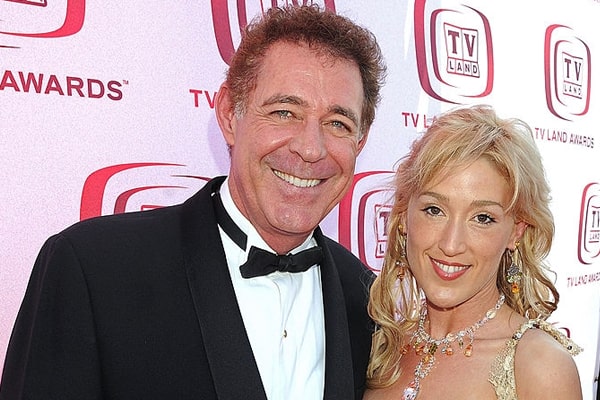 Relationships sometimes create a beautiful mishap, and such are children. Since its a life, one cherishes it much. A similar case is with The Brady Bunch star, Barry Williams. The American actor and singer, Williams went through several relationships before he finally settled down with Tina Mahina.

However, Williams has two children from his previous relationships; a son, Brandon Eric Williams with ex-wife, Eila Matt, and daughter, Samantha Rose Williams, with ex-girlfriend, Elizabeth Kennedy. Today, we will be focusing on Williams’ daughter, Samantha, in this article.

Samantha Rose Williams made Barry Williams a father in his 50s. She made headlines when she was born in 2012 and made Williams-Kennedy the happiest.

Barry Williams shared his daughter’s pictures online after she was born.

Barry Williams’ ex-girlfriend, Elizabeth Kennedy, gave birth to their daughter, Samantha, at the age of 33. Although the eight years old Samantha Williams is out of the limelight, she must be living a comfortable life with her mother, Elizabeth.

Although the bundle of joy was a miracle and brought joy to Elizabeth, the pregnancy became the downfall of her and the former couple’s relationship.

Pregnancy to The Court

The former pair met in 2006 and had fairytale romance until their final breakup in 2013. While talking with ExtraTV, Williams’ ex-girlfriend, Elizabeth, told that their split in 2013 brought a different side of the actor.

Kennedy fazed when she remembered her pregnancy days. She revealed that she was excited about the baby while Williams was not thrilled at first. According to ExtraTv, Barry had reportedly said that he believed Kennedy got pregnant on purpose. She denied the statement and said that things don’t happen that way. Moreover, she did not care if Barry was in the picture by then.

However, the pregnancy proved to be more costly since Williams’ daughter was born prematurely. As a result of medical bills, she fell into a million dollars debt.


The debt resulted in homelessness and broke. Therefore, Williams’s baby mama turned to the court and made charges against Barry Williams. He was working for his reality show and was spending most of his time in Missouri at the time.

However, Williams’ ex-partner dismissed the work as an excuse for not seeing Samantha. Kennedy further said that she did not think that any projects would be worth missing out on the first three years of their daughter Samantha’s life.

Furthermore, Elizabeth Kennedy claimed that Williams is spending years working with attorneys to re-allocate, redistribute so that they are not included as child support.

Amidst the ongoing child support battle, Williams claimed that he was worth $700,000 and had not abandoned Samantha. However, Elizabeth hoped that the judge would favor her as she hoped Barry to make the right choices.

When Williams’ ex-girlfriend, Elizabeth, filed the case and asking him to pay her $3,423 to cover basic needs, he lost his show because of the ongoing chaos. As a result, he requested the Calfornia judge to prohibit her from talking about him.

According to Daily Mail, the new court documents showed that Williams never abandoned his daughter, Samantha. Furthermore, he requested visitation periods at his home in Missouri, but Elizabeth refused to allow it. He further explained that Kennedy would not use the expenses to raise their daughter as she claims she is too ill to work.

But, Samantha Rose Willam’s father pointed out that Kennedy was not ill to make several television appearances where she barbarically labeled him a bad dad. He further accused her of scheduling the interviews with the opening of his live musical show.

Therefore, Williams requested the court order to keep his daughter’s mother not be allowed to talk about their relationship exclusively. He further wanted Kennedy to know that if she does, then she might lose custody of their child.

Moreover, The Brady Bunch star was also offering to pay $900 a month as he also had another child from a former marriage. He also clarified that the support payment he makes is from a loan that he took for his musical show in Missouri and explained that the income from the production is negative.

Barry Williams’ daughter, Samantha Rose, might be young, but she also could have the wrong impression from all the drama that escalated for financial support. However, by now, she might be in school and enjoying her childhood with her mother and occasional visits to Barry.

Let’s hope the beautiful Samantha grows up to become a wonderful daughter and a successful woman.

The name Samantha is of Hebrew and English origin, which means ‘God Heard.’ Likewise, in Aramaic, it means ‘Listener,’ and in Greek, it means ‘Flower.’