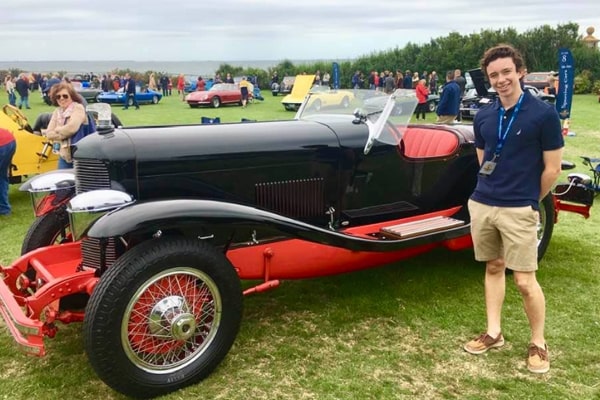 Barry Williams, an actor, and musician by profession, was born on September 30, 1954, in Santa Monica, California. The Brady Bunch star, Barry knew he wanted to be in show business from the very start and thus began pursuing his career as an actor/singer.

Throughout Williams’ career since 1967, he gained a lot of success and fame. But it took a lot of time to find the love of his life. Williams was married twice before finding his current wife, Tina Mahina. The pair married in 2017 and are happy.

Aforementioned, Mission: Impossible actor Barry Williams was married before meeting the love of his life, Tina Mahina. Although he was married twice previously, he had no child from his first marriage with Diane Martin.

But, Williams’ second wife, a banker, Eila Mary Matt, gave birth to an adorable son, Brandon Eric Williams, on January 24, 2003. Although the couple took four years after marriage to welcome their first son, their marriage did not last long.

As of now, Brandon is living with his mother and has a good relationship with his father. Barry Williams’ son shares the same beautiful ocean eyes and contagious smile with him.

Although Williams’ son is pretty grounded, he has made several appearances in events alongside him. Thus, this shows that the Adam-12 actor is present and supportive in Brandon’s life. Williams’ kid was present in his third wedding with Tina Mahina on July 9, 2017.

Therefore, it is fair to assume that Barry Williams’ son, Brandon Eric Williams is living a pretty balanced life in the presence and support of both father and mother. Although he is not super active on social media, he sure is a sweet guy.

Aforementioned, Brandon is the gift of Williams’ second marriage. His parents Barry and Eila Mary tied knots on January 30, 1999, in New York. Although, as a famous child star, Barry and Eila managed to maintain their privacy and hence had a happy relationship away from people’s eyes.

However, everything changed a few years after Brandon was born. Although parenting is a blessing, it comes with a huge responsibility and stress. Therefore, when a couple cannot handle the stress and cope with the change, it causes a strain in a relationship.

Barry Williams’ ex-wife filed divorce two years after giving birth to their only child in 2005.

Fame can be exhausting sometimes because the world wants to know every bit of your life. As a result, things you want to keep private emerges inevitably.

Aforementioned, two years after Barry Williams’ son, Brandon’s birth, his former partner filed the divorce and requested sole custody of their son. Although Williams’ ex-wife maintains her privacy, the news became headlines over the period.

Brandon’s mom not only asked for sole custody but appealed that her ex-husband would visit only with a nanny present. Nevertheless, it looks like things went well, and the father-son duo seems to share a pretty strong bond.

Brandon is an Irish name, which means prince or brave.