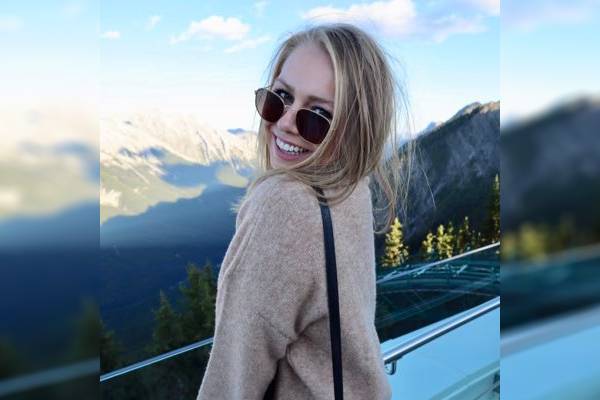 As baseball is one of the most famous sports around the world, the players, coaches, and managers associated with it have accomplished immense fame and fortune. One such individual is Scott Servais.

Born Scott Daniel Servais, Scott is the manager of a renowned baseball team, the Seattle Mariners. Alongside a fruitful career, he has a lovely family, including his wife, a son, and two daughters. In addition, there has been a huge curiosity about the manager’s personal life and family members. So, here we present some interesting facts about Scott Servais’ daughter, Jacqueline Servais.

Is The Middle Child Of Her Parents

Scott Servais is happily married to Jill Servais. The pair were high school sweethearts and have been together ever since. Apart from their marital bliss, the lovely couple is leading a happy family of five.

Moreover, the Servais couple’s daughter, Jacqueline Servais, aka Jackie Servais, was born as a middle child in the mid-nineties. She has two siblings, an elder brother, Tyler Servais, and a younger sister, Victoria Servais.

Jacqueline Servais’ elder brother, Tyler, followed in their dad’s footsteps and played baseball at Princeton University. Also, he has played in the minor league division for a season. On the other hand, Jacqueline’s younger sister is a graduate of the University of Mississippi. In addition, she works at KPMG US as their Human Capital Advisory associate.

Not to mention, Scott Servais’ baby girl, Jacqueline, seems to have grown up with a happy childhood along with her siblings.

Scott Servais’ Daughter Is A Graduate Of UNC

Moreover, in an interview, Jacqueline’s father revealed how she was very competitive and active on the volleyball team of her high school. She also played volleyball in college for about two years. Her father added she was not always the best player on her team but had a good work ethic and energy.

Moreover, Scott Servais’ daughter worked as a communication specialist for the PGA Tour from March 2018 to April 2021. The job heightened her profile, and she gained a lot of attention from the media.

In 2018, Jackie worked at the Boeing Classic tournament at the Club at Snoqualmie Ridge. At the game, she handled media relations for the PGA Tour Champions.

Furthermore, Jacqueline is currently working at 160over90. She first started as a senior account executive in 2021 before becoming promoted to account manager in 2022.

Jacqueline Is In A Relationship

Tha blond beauty has found a lovely partner and is happily dating Ryan Keefe. The adorable pair have shared many pictures together on their social media handles. Although not much has been revealed about Jacqueline Servais’ boyfriend, the duo seems to be head over heels for each other.

Nonetheless, Scott Servais’ daughter has grown up to be an energetic person who is passionate about her career. Her parents and siblings must be very proud of her. Let’s hope Jacqueline achieves success in her profession and lives a beautiful life.

Jacqueline is a feminine form of the French word Jacques. On the other hand, Jacques comes from the word Jacob, which means May God Protect.