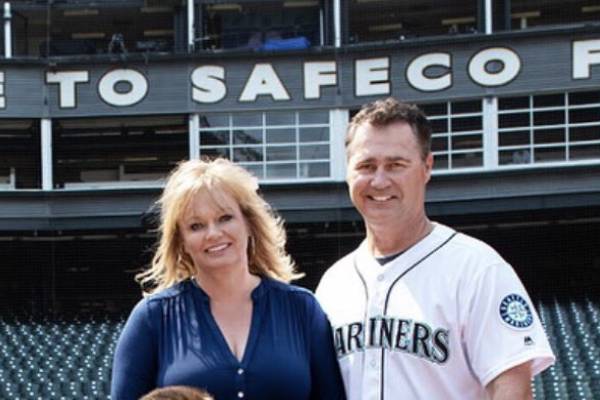 The current manager of the Seattle Mariners, Scott Daniel Servais, also goes by the name Scott Servais. As an individual responsible for managing and making final decisions, he has gained considerable fame in the league.

Many people might already be familiar with his professional life, now let’s take a look at the baseball manager’s personal life. Scott is a married man who has three children. If you didn’t know that, let’s learn more about Scott Servais’ wife, Jill Servais.

Jill Servais came into the limelight for being the spouse of a famous baseball personality. Jill and her husband met back in the 80s and were high school sweethearts. The manager and his wife dated for a while before they walked down the aisle in the late eighties. The pair have been together for over three decades, yet their bond remains the same.

The couple is involved in various foundations and charity works. For instance, in early 2022, Jill and her husband worked together to relocate rescue dogs.

Scott and Jill Servais are working with OkanDogs to relocate rescue dogs from Eastern Washington to the Puget Sound region and help them find permanent, loving homes 💙

The Servais pair’s deep support and love for each other must have been the secret to their long and happy marital life. Hopefully, the duo will continue to showcase their generosity in the future.

Scott Servais’ Wife Is Very Supportive Of His Career

As the couple has been together since the start of Scott’s professional career, Jill must have been rock through the rough patches for her husband. Although Scott’s wife lives a private life, she has never missed involving herself in the crowd, cheering her husband and his team during the games.

Furthermore, Scott Servais’ children also support him a lot. They often post news and updates about Seattle Mariners and their father. Moreover, even after being busy with their schedules, the Servais family spends a lot of quality time together and are close to each other.

Is A Proud Mother Of Three

Apart from being a loving spouse, Scott Servais’ wife is also a doting mother of a son and two daughters. All of their kids have grown up and are leading a happy life.

Jill and Scott Servais’ son, Tyler Servais, was born as the firstborn on 18 November 1992. After that, the Servais couple welcomed their daughters, Jacqueline Servais and Victoria Servais.

Tyler completed his diploma from the Douglas County High School. He then enrolled at Princeton University and graduated with a bachelor’s degree in economics in 2015. Moreover, the eldest Servais was active in the university’s baseball team.

After graduation, Scott’s kid played for Detroit Tigers’ minor league division for a season. However, he quit playing in 2016 and is pursuing his passion for data science, technology, and fighting climate change.

Although the famous manager Scott Servais’ children have pursued careers in different fields, he and his partner have supported them wholeheartedly.

Overall, the Seattle Mariners manager and his lovely spouse must be enjoying a wonderful life together. We wish Scott Servais’ wife, Jill, more happiness and prosperity in life.