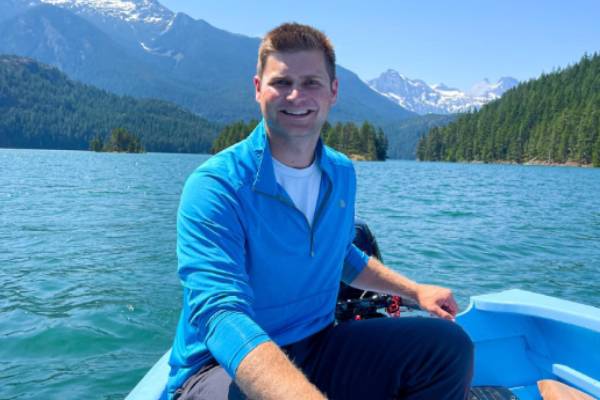 A baseball manager is one of the significant members of the baseball club. Well, as a person responsible for managing and making final decisions, they gain considerable attention from the public. One such famous manager is Scott Daniel Servais.

Scott Servais is a former professional baseball player who was active for a decade. After ending his playing career, he started his managerial career as the manager of the Seattle Mariners in 2016 and is still serving the team. His career has been glorious so far. Owing to his game in the league, his family members, too, have become the subject of interest.

Is The Firstborn Of His Parents

Tyler Servais was born on 18 November 1992 as the first child of his father, Scott Servais, and his mother, Jill Servais. After giving birth to him, his parents welcomed two more children, both daughters, Jacqueline Servais, aka Jackie Servais, and Victoria Servais.

Tyler Servais’ mother and father met back in their high school days and started dating soon after. However, the lovely couple hasn’t disclosed when they tied the knot.

Moreover, Tyler Servais’ younger sisters have grown up and are doing great. After graduating from the UNC (University of North Carolina), Jackie now works as an account manager. On the other hand, Victoria graduated from the University of Mississippi in 2019. She has been a human capital advisory associate at the KPMG US since March 2020.

Was A Princeton University Athlete

After completing his formal education, Tyler joined Princeton University and graduated with a bachelor’s degree in economics in 2015. Throughout his time at the college, he was the captain of the university’s baseball team and was highly involved in playing baseball.

Additionally, the eldest Servais was also focused on high tech entrepreneurship, environmental economics, statistics, climate policy, and other various coursework at his university. As a result, Tyler developed a passion for data, products, and climate.

Initially, Tyler followed in his father’s footsteps but later walked away from his family’s legacy in professional sports in 2016 and pursued a greater passion for fighting climate change. He played for Detroit Tigers’ minor league division for a season before voluntarily retiring.

The eldest Servais seems to be focused on his work and is also doing great at it. Apart from his career, he has not disclosed any information regarding his love life. Hopefully, we will soon hear about his personal life too.

Scott Servais’ Son Is Close With His Sisters

Tyler Servais loves his younger sisters. The Servais siblings share a close bond with each other. They often share pictures of them spending quality time together on their respective social media accounts.

Furthermore, the Servais squad is also supportive of their father’s career. They often post news and update about the baseball manager. Aside from that, the Servais siblings and their mother, Jill, likely don’t miss any game of the Seattle Mariners.

Nonetheless, Scott Servais’ son has grown up decently and is following his passion. In addition, his family has shown deep support for his profession. Let’s hope all of Tyler’s dream comes true and he lives the life he has always wanted.

The word Tyler is of Old French origin, which means A Tile Maker.