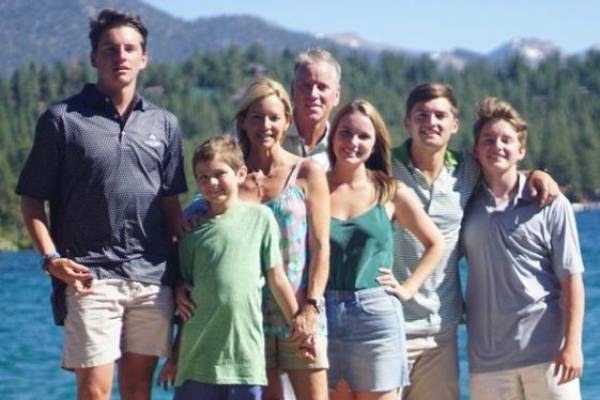 The vast majority of Major League Baseball (MLB) fans must be familiar with Tom Glavine. He played for 21 seasons in the MLB before hanging his boots in 2008. Thomas Michael Glavine was inducted into the Baseball Hall of Fame on 8th January 2014.

Tom was born on 25th March 1966 in Concord, Massachusetts. His father, Frederick J. Glavine, was a U.S. Army veteran and sports captain of his high school. Tom was into baseball and ice hockey from his early years. He was his state’s most valuable player (MVP). Finally, however, he decided to pursue his career in baseball.

The Los Angeles Kings drafted Tom in the 1984 NHL draft. He was selected 69th overall in the 4th round. But, his successful days came on the Atlantic coast with the MLB team Atlanta Braves. Glavine played for the Braves for 15 seasons from 1987 to 2002. Furthermore, he spent four years in New York with the New York Mets from 2003 to 2007 before returning to Atlanta for his retirement in 2008. The Braves retired his # 47 on 6th August 2010.

Apart from baseball, Tom is married to his lovely wife, Christine Glavine. The couple has been married for over two decades and is parents to five kids, Jonathan Flaig, Amber Nichole Glavine, Peyton Glavine, Mason Glavine, and Kienan Patrick Glavine together. Hence today, let’s get to know Tom Glavine’s children and see how they are growing up.

Tom Has A Daugther From His Previous Marriage And A Stepson

Tom Glavine was previously married to Carri Ann Dobbins from 1992 to 1997. From his ex-marriage, he had a daughter, Amber Glavine. She must be in her late 20s. Amber spent the majority of her childhood with her father’s family.

Furthermore, Tom Glavine’s daughter is very close with Christine and shares a lovely bond with her half-siblings and stepbrother. However, Amber seems to be very reserved and has stayed away from the spotlight.

Similar to Tom, Christine also has a child from her previous marriage. Jonathan Flaig was born in the same year as Tom’s only daughter, Amber, and grew up in the Glavine household.

Jonathan seems to be all grown up living with his partner. The family can be seen together on festivals celebrating them together.

Tom’s Older Son Is Following In His Footsteps

Peyton Glavine, the eldest son of Tom and Christine Glavine together, was born on 23rd March 1999 in Atlanta, Georgia. He went to the Blessed Trinity Catholic High School and played baseball there. He guided his school team to a state championship in 2015 and was All- American of Collegiate Baseball Second Team in 2017.

After high school, Peyton joined Auburn University. He played for the Auburn Tigers for four seasons during his college, making 29 appearances during his stint with the Tigers and posting good numbers on the board for his team. Tom Glavine’s son graduated in 2021.

In July 2021, Peyton signed his first professional MLB contract with the Washington Nationals. It is clear that the oldest of Christine and Tom Glavine’s children is following in the MLB star’s footsteps.

Furthermore, along with his burgeoning professional career, Peyton has also already found love. He is currently in a relationship with Carli Parker. The pair can be seen posing alongside one another on their respective social media pages.

His Other Sons Live Quieter Lives

Mason Glavine is the other son of Tom and Christine together besides Peyton. He is currently studying Business Analytics at Auburn University. Unlike his brother Peyton, Mason is not into baseball or any other sports professionally. Instead, he is a young sales enthusiast and was even awarded the salesperson of the year in June 2019. In addition, Mason is dating his high school sweetheart Ellie Mcneil.

Furthermore, Tom and his wife adopted their youngest son, Kienan Glavine. He was born on 22nd April 2009. He is currently 12 years old and is a seventh-grader. The youngest child of Tom Glavine is loved by all of his siblings. Kienan can be seen in pictures with all his brothers and sister all happy.

All of Tom Glavine’s children seem to be doing pretty well for themselves in their life. We wish them all the best for their future.

Amber is an old French word derived from Arabic. It means rare gemstone.

Jonathan is a Hebrew name that means, “God has given.”

Peyton is an English word, and it means fighting man’s estate.

Mason is derived from English origin. It means someone who works in stone.

Kienan is a word of Irish descent. It means ancient.