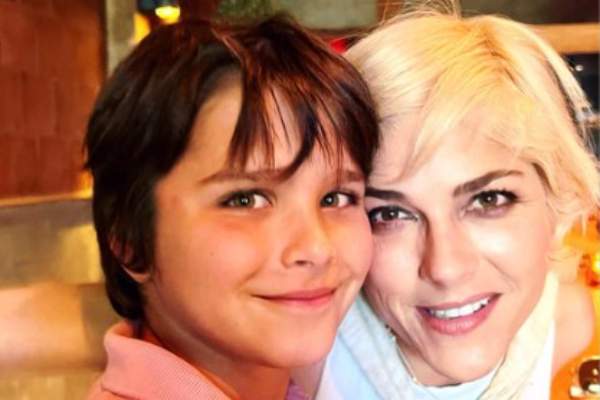 Selma Blair is one of the most exciting and dynamic actresses in the American movie industry. With her humorous appearances in early 2000s pop culture icons, Blair launched her illustrious career. In addition, Blair was recognized as one of Time Magazine‘s Silence Breakers and the magazine’s 2017 Person of the Year.

Selma was in a relationship with a fashion designer and businessman, Jason Bleick, from 2010 to 2012. The couple welcomed a child together. Follow along and continue reading to learn more about Selma Blair and Jason Bleick’s son, Arthur Saint Bleick, and his personal life.

Selma Loves Her Son More Than Anything

Jason Bleick’s son, Arthur Saint Bleick, was born on July 25, 2011. His mom took to Instagram to write her experience with the painful labor with no dilation for approximately thirty-seven hours she, unfortunately, suffered. Blair had to ask for an epidural to protect her son. Blair said she had to fire a doctor who insisted on a Caesarean section.

Moreover, Selma was rumored to be struggling with heroin addiction. However, all rumors ended when the actress explained that she had never been drug abused. In fact, she was an alcoholic, but that all changed once she became a mom. “I didn’t know I had hope until I saw my son. And I love him more than anything,” she said in an interview with Drew Barrymore.

The actress has been very transparent about receiving a Multiple Sclerosis diagnosis at the end of 2018. Arthur’s mom has revealed how MS has affected her life on Instagram, including cosmetic lessons, photos of her emotional support dog, and updates on her attempts to play tennis. Blaire also rides a fantastic Alinker bike to get around.

Selma Blair’s son Arthur Saint has been a significant part of her journey. He also helped her shave her hair to undergo a stem-cell transplant in 2019. Selma also shared how her baby boy had handled her MS diagnosis. She further told women’s health magazine how her kiddo has had to endure a lot as he has seen a lot. Jason Bleick’s son also used to say she is not sick and she is brave.

Selma has always proved that she loves her baby boy more than anything in the world, as a parent should. Even though the mother-son duo had faced many challenges due to Selma Bair’s MS Diagnosis, the legally blonde actress has proven time to time again that she will never let her diagnosis impact her son negatively.

Furthermore, Arthur’s mom loves to pick up and drop off her baby boy from school. So she was surprised to learn that Arthur enjoys having her visit his school. Selma told People that her son was very proud of her, and learning that she wasn’t an embarrassment to him was one of her proudest moments.

In addition, Blaire loves playing dodgeball with her son. The famous actress has also been seen cuddling up with her son Arthur on family outings. Moreover, Jason Bleick’s Son loves spending time with him too. From Jason’s Instagram, it can be seen that he and his son, Arthur, love going outside to bicycle, camp, fish, and many more stereotypical father-son activities.

Even though Arthur’s parents are separated, their love and respect for each other come foremost. The everlasting bond between Selma and Arthur has been so beautiful. No matter what, we are confident that Selma and Jason’s son will be there for her. We hope Selma, Jason, and their son the very best and hope they spill more about their life in the future.

The name Arthur, a boy’s name with Celtic roots, signifies Thor, the eagle and powerful man. The name Saint is derived from the Latin word Sanctus which means holy.