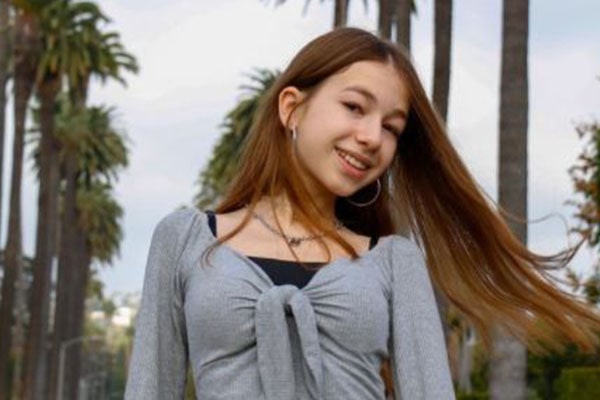 Evan Handler is an actor from America, famous for his role of Harry Goldenblatt, a divorce attorney and later husband of Charlotte York on the popular American romantic comedy-drama series Sex and the City. Besides that, he has acted in various other series and movies. Evan has also written books based on his recovery from leukemia and his life after his illness. Besides books, he also writes for various nationally distributed magazines.

Evan Handler has accumulated immense fame and wealth through several acting ventures and books. Apart from being an excellent actor and author, he is also a great partner and a father. Evan is currently in a blissful marital life with Elisa Atti. The lovely pair together have a child named Sofia Clementina Handler. For now, let’s learn more about Evan Handler’s daughter Sofia Clementina Handler and her whereabouts.

Is The Only Child

As stated earlier, Evan Handler lives a happy and comfortable life with his wife, Elisa Atti, and daughter, Sofia Clementina Handler. Evan and Elisa tied the knot on October 12, 2003, at a private ceremony in Manhattan Upper West Side. The lovely pair have been married for 17 years now and are going strong in their marital life.

In their seventeen years of marriage, the lovely duo welcomed a daughter. On January 17, 2007, nearly four years into their marriage, Elisa gave birth to their daughter, whom they named Sofia Clementina Handler. Born to an American dad and an Italian mother, Sofia is lovely and resembles her dad, and has similar eyes as him too.

In the return of Time on Fire, Evan has talked about his marriage and the “miraculous conception” of their daughter, Sofia. He mentioned that his daughter was a miracle as the bone marrow transplant that saved his life also rendered him sterile.

Has A Medical Condition

Evan Handler’s baby girl, Sofia Clementina Handler, has a medical condition named scoliosis. It is a condition in which a person’s spine has a sideways curve and can be caused by conditions like muscular dystrophy and cerebral palsy. However, the true cause of scoliosis is still a mystery.

On her Instagram, Sofia has posted about scoliosis awareness and tips for brace wearers. The 14-year old daughter of Evan also mentioned that she had been wearing a black brace for scoliosis for around three and a half years. She is trying to aware people of the condition and how to help them.

Going through her Instagram, we can see that she loves posing in front of a camera. Who knows, she might be interested in the modeling industry. Apart from that, she also travels around with her parents.

Sofia has gained immense fame as the daughter of popular actor Evan Handler. However, Evan is very secretive and reveals very little about his private life on social media. Evan and Elisa are raising their daughter with great love and care. They live a comfortable life in Los Angeles, and we hope to know more about Evan Handler’s kid in the coming days.

Her Parents Have Been Married For 17 years

As stated earlier, Sofia Clementina Handler’s parents, Evan Handler and Elisa Atti have been married for 17 years. The couple got married in October 2003 and welcomed their “miraculous” daughter in January 2007.

Sofia’s father, Evan, is a survivor of acute leukemia. At the age of 23, Handler was given six months to live. He survived after intensive chemotherapy, a long-shot bone-marrow transplant, and a 50-percent chance of remission. He has written a memoir about the journey that he endured between the hospital and HBO. In the book, he has also mentioned breaking up with 10 women 27 times, becoming an unlikely sex symbol, and offering to volunteer at the cancer center that he hated.

The 60-year old actor is in remission and has recalled his experience before and after the sickness in his books.

According to various sources, Sofia Clementina Handler’s mother, Elisa Atti, is a medical researcher. In one of his Twitter posts, he uploaded a picture mentioning his wife’s profession as a chemistry professor at a college. However, it is not confirmed yet if Sofia’s mother is still in the same profession or if she has changed the profession.

Elisa seems to love her life away from the glamour and the limelight. She is not that active on her social media. Due to this, her profession and personal life are still a mystery. But we hope to discover more information related to her in the days to come.

Furthermore, Evan uploads various pictures of food made by his wife. Seems like she loves cooking and feeds different delicious foods.

The name Sofia has a Spanish origin, which means “Wisdom.” Similarly, Clementina has an English origin, and it means “Gentle, Merciful.”