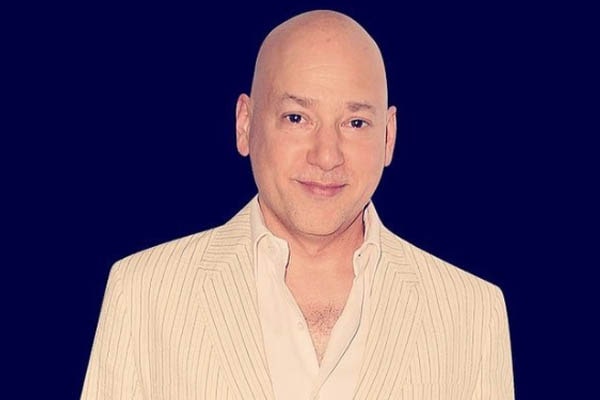 Evan Handler is a celebrated American actor, best recognized for portraying the role of a divorce attorney, Harry Goldenblatt, on the American romantic TV series ‘Sex and the City.’ Also, Handler is famous for his role as Charlie Runkle on Californication, in which he starred from 2007 to 2014. The latest acting project done by Evan Handler is the role of an Eastern District US Attorney, Jacob Warner, in the crime drama ‘Power.’ Besides, Handler is also a creative writer and an author. He is the regular contributor of The Huffington Post magazine.

The versatile TV personality Evan Handler dated several ladies in the past. However, he finally ended up with an Italian-born lady, Elisa Atti, with whom he is enjoying his marital life for over a decade. Here, learn more about Evan Handler’s wife, Elisa Atti, including their married life and profession.

Married To Evan Handler Since 2003

Sex and the City star Evan Handler married a non-Jewish, and non-American girl, Elisa Atti, on 12 October 2003 in a private ceremony. They exchanged their wedding vows around the time Handler, who played Harry’s role, wed his on-screen love, Charlotte York.

People magazine notes that Evan Handler and Elisa Atti chose their favorite neighborhood restaurant on Manhattan’s Upper West Side as their wedding destination. A total of 100 guests, including the bride and groom’s close friends and family members, attended the marriage ceremony. The pair even hired an interpreter to translate for Elisa’s Italian relatives during them tieing the marital knot ceremony on an overhead balcony.

Both Evan and his wife, Elisa, looked happy and were giggling on their wedding day. Despite the couple’s different religious backgrounds, their parents accepted their relationship. Evan Handler’s wife, Elisa Atti, is Catholic, while Evan is Jewish. Their wedding was secular with no Crucifix and Chuppah. The attendees of their marriage ceremony said that it was a very relaxing event.

Evan Handler’s wife, Elisa Atti, often accompanies her celebrity husband during several red carpet events. However, unlike her husband, she does not seem to be available on social media handles. As a result, there are very few pictures of her and her personal information is not available to the public.

A Doting Mother To A Beautiful Daughter With Evan Handler

Elisa Atti is a doting mother to a beautiful daughter named Sofia Clementina Handler with her loving husband, Evan Handler. She and Evan welcomed their first and only child, Sofia, nearly four years after their marriage on 17 January 2007.

Some months after the birth of Sophia, Evan told People that the best part of being a dad is watching Elisa be a mom. He added he enjoys seeing the woman he loves, who was not sure at all that she had any maternal instinct glowing with love for her daughter. Evans loves it when Elisa remarkably oozes with enjoyment and tenderness.

Unlike Elisa, her daughter, Sofia Handler, is active on Instagram. Going through her Instagram page, it looks like she has a great inclination towards the modeling industry. Elisa’s 14 years old girl, Sofia, loves posing in front of the camera and travel around with her parents. She often appears on her dad’s Instagram account. But, unfortunately, Elisa usually prefers to stay behind the camera, enjoying her private life.

According to various sources, Evan Handler’s wife, Elisa Atti, was a medical researcher when she met and married Handler. But, due to her secretive nature, it is not known if she still works as a researcher or not. Probably, she might have joined another profession. But, it is entirely away from the media reach.

Furthermore, after her daughter’s birth, Elisa might have left her work to stay at home and look after her newborn child. So, it seems like Evan Handler’s wife, Elisa Atti, is currently a homemaker. She lives a blissful and private life in Los Angeles with her husband, Evan Handler, and daughter, Sofia Clementina Handler.