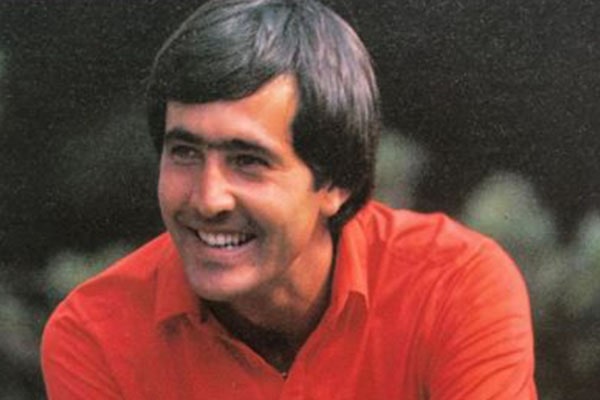 Born Severiano Ballesteros Sota, Seve Ballesteros was a famous professional golfer from Spain. He was the world’s No.1 golfer who won 90 international tournaments throughout his career. As a golfer, Seve had garnered several awards and accolades by winning various tournaments, which included five major championships between 1979 and 1988, two Masters Tournament, and three Open Championships. He is regarded as a legend in the golf world.

Seve is one of the greatest golfers of all time, and he had earned immense fortune and popularity to his name. Sadly, on May 7, 2011, we lost the legend of golf due to brain cancer. However, he is survived by children and his ex-partner, Carmen Botin O’ Shea, and children, Javier Ballesteros, Miguel Ballesteros, and Carmen Ballesteros.

As stated earlier, the late golfer Seve Ballesteros is survived by his ex-wife and three children. The former pair met in 1983, when Carmen was 17, while he taught her golf, at her father’s suggestion. The pair kept their relationship a secret and exchanged their vows in November 1988.  They had a blissful marital life and had three children together.

Seve Ballesteros and Carmen Botin were married to each other for 16 years. However, their happy marital life couldn’t last for long. The pair ended their marriage in 2004 in the municipality of Marina de Cudeyo in Cantabria. According to The Telegraph, the duo started to have troubles in the late 1990s, when the golf legend, Seve, could not accept his career was about to end.

Furthermore, Seve dated other women after their divorce. However, it seems like Carmen did not date anyone after her divorce.

Following their divorce, Seve Ballesteros’ ex-wife moved to Madrid with their children. The kids used to visit their father. Botin might have asked a generous amount for the spousal support. Seve and Carmen raised their children with great love and care. They are all grown up now and are doing great for themselves.

Was Born In A Rich Family

Carmen Botin O’Shea was born and raised in a well-off family. Carmen’s father, Emilio Botin, was a Spanish banker and the CEO of Spain’s Grupo Santander. Her mother, Paloma O’Shea Artiñano, was a pianist and also a founder and current president of the  Albéniz Foundation. Emilio had accumulated an enormous fortune from his various venture. Moreover, Carmen’s mother, Paloma, also garnered immense income.

Apart from Botin’s parents, her sister Ana Botin is also a Spanish banker and is also serving as the CEO of Santander Group since the death of Emilio in 2014. Their family is regarded as one of the wealthiest families in Spain.

Eldest Son Is A Golfer

Just like Carmen’s husband, Seve Ballesteros, her son Javier Ballesteros is also a golfer. Before he began to play golf, he had caddied for his father during Seve’s 28th and final appearance in The Open at Royal Liverpool. He turned professional in November 2014. Before that, he had taken the place of his father in the Omega Dubai Desert Classic Field. Javier still has a long way to go, so let’s hope that he achieves significant success just like his father.

Seve Ballesteros’ ex-wife Carmen Botin O’Shea loves to live a private life away from the media and limelight. The last time any media spotted her was at her ex-husband’s funeral. It is unclear what she is doing these days, as she is not active on social media. But we can assume that Carmen is living a happy and prosperous life and is doing great for herself.