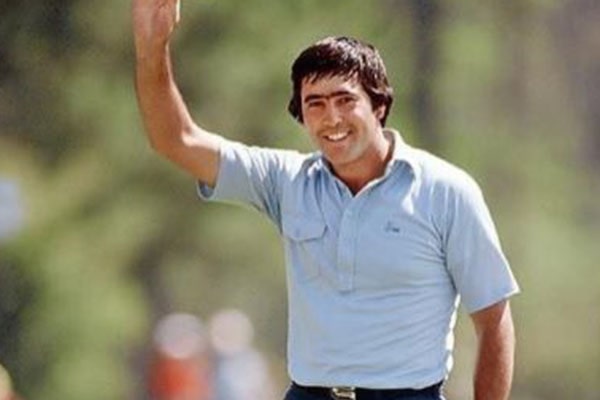 Seve Ballesteros, aka Severiano Ballesteros Sota, was a Spanish professional golfer. He was famous as one of the sport’s leading figures from the mid-70s to the mid-90s. Over his career, he won 90 international tournaments and is regarded as the World’s No.1 golfer and one of the most successful and talented individuals in the sports.

Aforementioned, Seve Ballesteros is the legendary golfer of all time. He was married to Carmen Botin O’Shea in 1988. They together had 3 children. Sadly, Carmen and Seve divorced each other in 2004. They had their youngest child, a daughter, in 1995, whom they named Carmen Ballesteros.

The divorced pair shared equal custody of their children after their separation. They had raised their daughter with great love and care.

Carmen Ballesteros’ father, Seve Ballesteros, is one of the most renowned golfers of all time. Golf may not seem like that, but it does need some great practice, training, and determination. Well, Carmen may not be into golf but going through her Instagram, we can see that she loves working out. She has uploaded various pictures of her gym sessions. In her Instagram highlights, she has even posted stories of her workouts and diet. Seve’s daughter seems to have worked hard to gain a good physique.

Seve Ballesteros and Carmen Botin O’Shea have given birth to three great children. Even after the divorce, the children had a great bond with each other and with their parents. They have become successful in their career. Seve Ballesteros’ kid Carmen runs a merchandise store. The store sells various items and operates under Seve Ballesteros Foundation, and the income from the store is used in several projects of the foundation.

Here is the price of some of the items available at the store.

The foundation has used the money from the store in various charity events and projects. They have helped spread the legacy of the legendary golfer.

Elder Brother Is Also A Golfer Like Her Father

Seve Ballesteros, who is survived by his three children, had established himself as one of the world’s most successful golfers. The legacy of the renowned golfer is continued by his eldest son, who is also a golfer. Carmen Ballesteros’ brother, Javier Ballesteros, has already started his career as a golfer. He turned professional in November 2014. Earlier that year, he took Seve’s place in the field at the Omega Duba Desert Classic.

We hope that he becomes as successful as his father.

Carmen Ballesteros has earned fame as the only daughter of the legendary golfer Seve Ballesteros. The popularity that she has gained has helped her secure endorsement deals from different brands. Going through her Instagram, we can see that she endorses brands such as Victoria Prada Collection and an earphone company named Air Sound.

Carmen must have earned a considerable income from the endorsements as well. While she uploads pictures promoting various brands, she has not revealed much about her personal life. However, she has uploaded a picture with a guy named Pablo Quevedo and has wished him a happy birthday. Pablo might be Carmen Ballesteros’ boyfriend but neither of them have confirmed their relationship. Well, her love life is a mystery and we hope to know more about her personal life.

Seve is regarded as the world’s best golfer. The legacy that he has created has become a source of inspiration for many people. A film based on his biography was written and directed by Tom Hodgson and John-Paul Davidson, respectively. The movie, entitled Seve: The Movie, which released in 2014, starred actors like José Luis Gutiérrez, José Navar, Tiger Woods, Alvar Gordejuela, Maria Molins, and many others.

According to Alamy, Seve Ballesteros’ daughter attended the London premiere of the film in June 2014. The film was critically acclaimed and had gotten good reviews.

Even after the untimely demise of the popular sportsman, all of his children have worked hard to maintain the Ballesteros name in the world. While Seve’s son has tried golf, his daughter’s work with the foundation has made her a popular woman.

The name Carmen has a Latin origin, which means Poem.